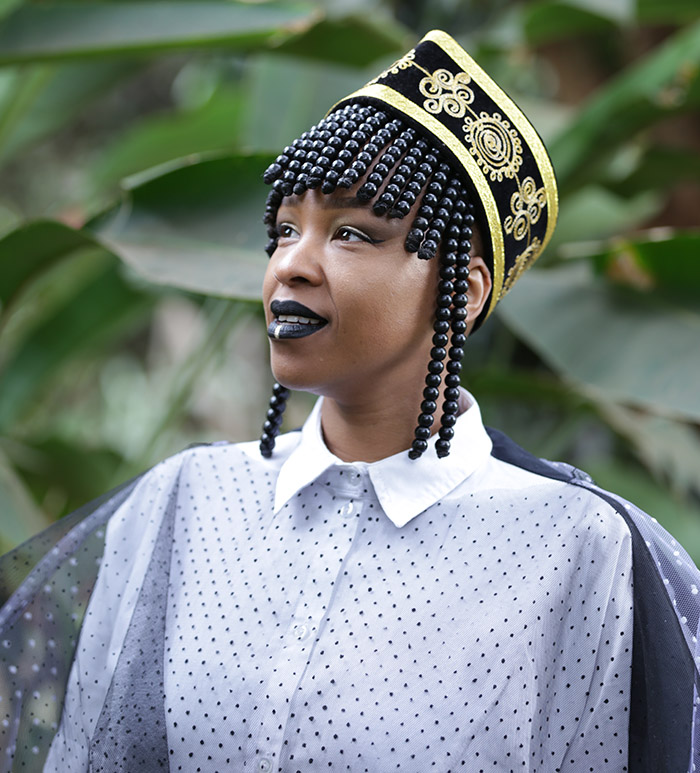 Pilani Bubu’s latest album titled Folklore: Chapter 1 awakens a feeling of nostalgia that evokes childhood memories. It’s a record of well-narrated traditional stories that have been told and passed down from generation to generation.

Pilani Bubu was born and raised in Eastern Cape. Formerly known as Transkei, she describes it as a place strongly founded in black leadership and entrepreneurship. Being no stranger to the media industry, this multifaceted singer, songwriter, independent artist, creative and lifestyle activist, is also the presenter of home decor and design TV program called Design For You.

She released her first album titled Journey of a Heart in 2012 saying, “Heartbreak was the catalyst for this album. I started writing again when my heart rediscovered what it was like to feel deeply again. It expresses the dualities of life, love and hate, sadness and joy. It also marks the beginning of my journey to a life lived truly passionately. Quitting my corporate job and going out into the world and sharing my gifts.”

And of course, it did not stop there for the songstress, in 2016 she released her 2nd album titled Warrior of Light. She says, “Having come into the light that seeped through after my breakthrough, this album expresses that search and what it felt like to find that deep love in music, in healing, in being free and travelling as well as doing what I love as a feeling of heaven on earth. There songs whose titles really tell of that journey: Sweet Love, Music Love, Heaven, Free, Promise Land and more. The album should inspire others to find that light for themselves and what the expectation of them and their purpose is in this life. It seeks to enlighten, and encourage.”

Her latest offering, Folklore, is an album with 17 tracks, including interludes that translates the music for a global audience. Folklore is described on the Outro titled iGqhira (in Folklore: Chapter 1) as “Traditions and beliefs passed down through generations by word of mouth. It is an expressive body of work that’s preserved through culture. It’s a way that we keep our customs and beliefs.”

Pilani said, “The Folklore project is a community culture and heritage project, that uses the technology of music to document folkloric content: proverbs, tales, sayings, traditional folk songs, urban legends, spoken word. We owe it to ourselves to not only tell our stories through word of mouth but to document these. It is important to take what we have left, interpret it, give it meaning so that it may last longer in our spirit and our minds as a positive source of knowledge and cultural construct.”

The singer is a global performer and has graced stages in Nigeria, Romania, Ghana, New Orleans, London, her homeland South Africa and other countries.

Her most special memories have been in New Orleans. She describes it as a place where she found her affirmation in jazz and contributed to the development of jazz. She went on to add that New Orleans is the place where she performed her first solo show and where she first thought about her 2nd album. She appreciates mostly how people embraced her music and interpreted it in their way.

Pilani is keeping busy even during this lockdown by already working on Folklore Chapter 2.

“We are working on a coffee table book series – audio and literature. Accompanied by an audio-visual documentary for each region we explore as a chapter”.

She is fundraising with various merchandise and art on www.folklore.community, a community heritage project. “We are currently creating Folklore Fireside content in collaboration with others to continue this storytelling journey,” she said.

Folklore: Chapter 1 is available online on all digital platforms.