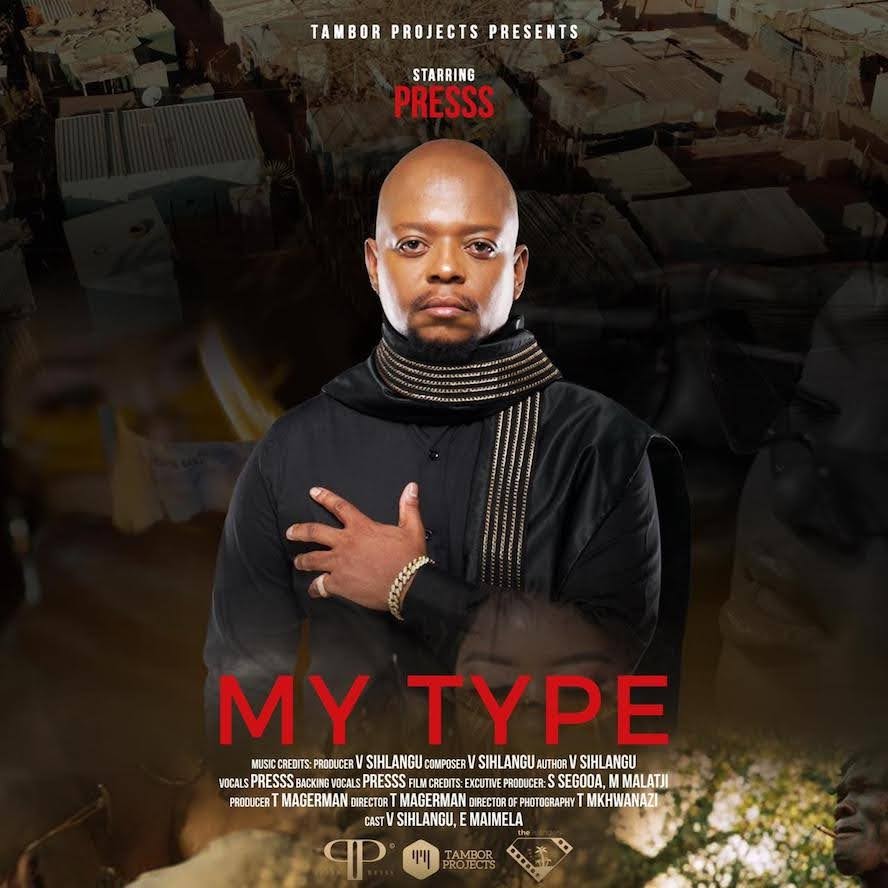 In celebration of his 42nd birthday, Presss has officially released his brand new single titled My Type from his upcoming album set to drop in early 2021.

Presss is back with a sound that will quickly take over the mainstream market. Equipped with visuals that tell the story of love in adversity, My Type is Afro-Beats at its best and sees the king of Sotho Soul boast his range in a variety of ways. Teaming up with Tambor Projects, Presss gives freedom to explore his vast abilities as a musician that this is felt in the self-produced single My Type.

Following the release of his smash hit single where he collaborated with label mate Darque Forever, which is currently number 1 on the Metro FM Dance 5 countdown for over five weeks. During his career, Presss has toured with local and international musical greats like:

Vusani Preston Sihlangu, better known as Presss, is a renowned South African vocalist, songwriter, composer and producer who is legitimately changing the face of Afro-Soul. Born on the 3rd of October 1978 in the Free State, Presss has always known that music was his passion and thrived to become a performing artist.