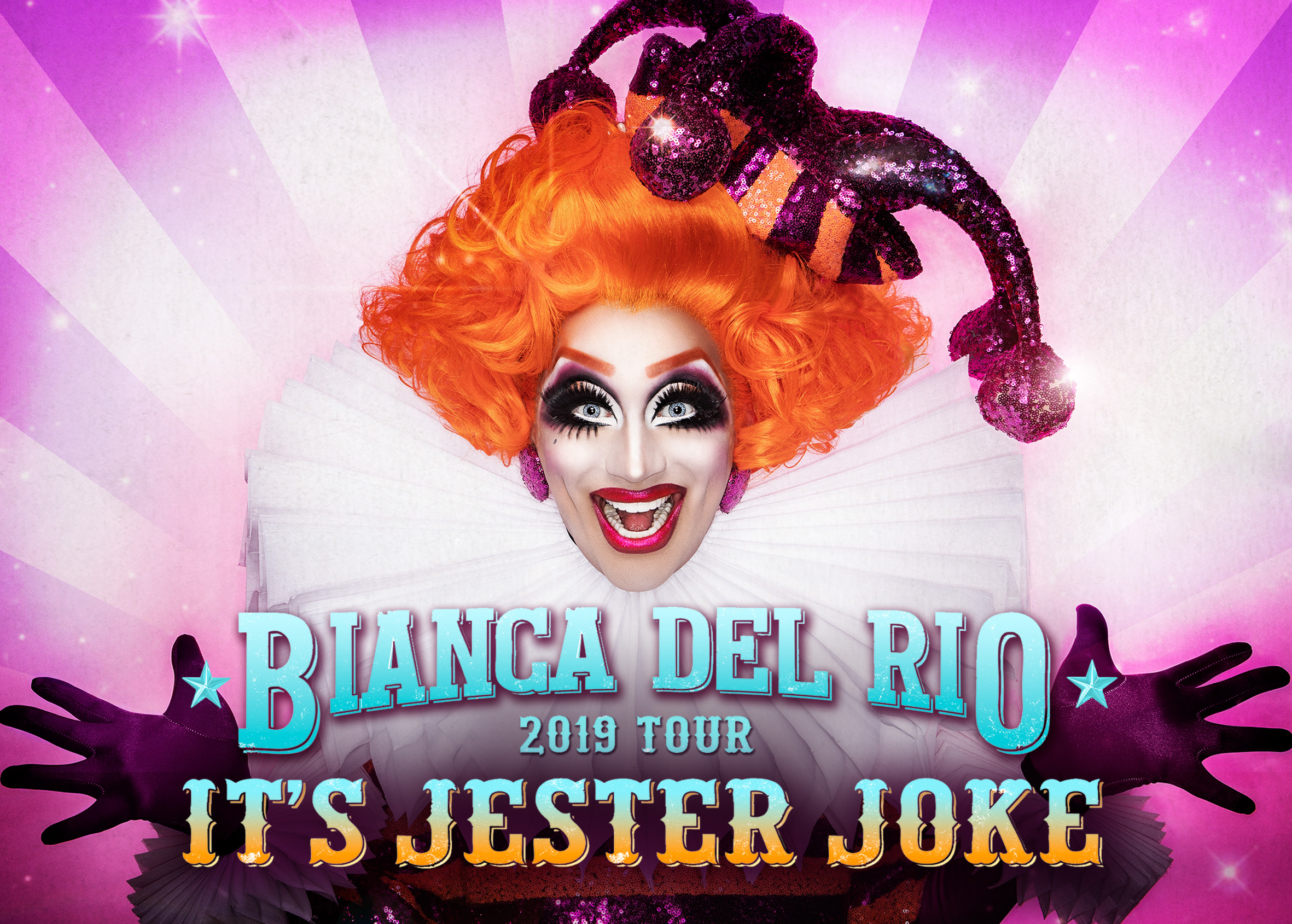 After missing her show last year, it is with great pleasure that I announce that Bianca Del Rio is coming back by popular demand!

“Prepare to have your sides split.” – ATTITUDE MAGAZINE ★★★★★

On her most ambitious world solo drag show to date, the self-proclaimed ‘Clown in a Gown’ tells tales of her world travels and the outrageous circus that is her life. Irreverent to the core and fabulously fierce, Bianca’s no-holds-barred style of comedy will once again shock and delight audiences. With her acerbic wit, a ‘tell-it-like-it-is’ manner and hilarious views on everything from politics to family, social media and all that lie in between, the Queen of Mean has garnered a massive international following and has become one the biggest drag superstars in the world today.

Bianca Del Rio is the alter ego of seasoned comic Roy Haylock. After quickly becoming the front-runner on the sixth season of RuPaul’s Drag Race, Bianca was crowned the winner in May of 2014. Previous shows such as The Rolodex of Hate, Not Today Satan and Blame It On Bianca Del Rio – which was a hit in SA last year – have all enjoyed sold-out status globally and her Instagram currently revels in a 1.8 million follower base.

It’s Jester Joke is at the Cape Town International Convention Centre on Friday 9 August at 8pm and at the Teatro at Montecasino on Saturday 10 August at 8pm.

Tickets from R300 through Computicket. Please note there is an age restriction of 18+.

Simphiwe Dana's first performance since her throat surgery is set to be stellar!