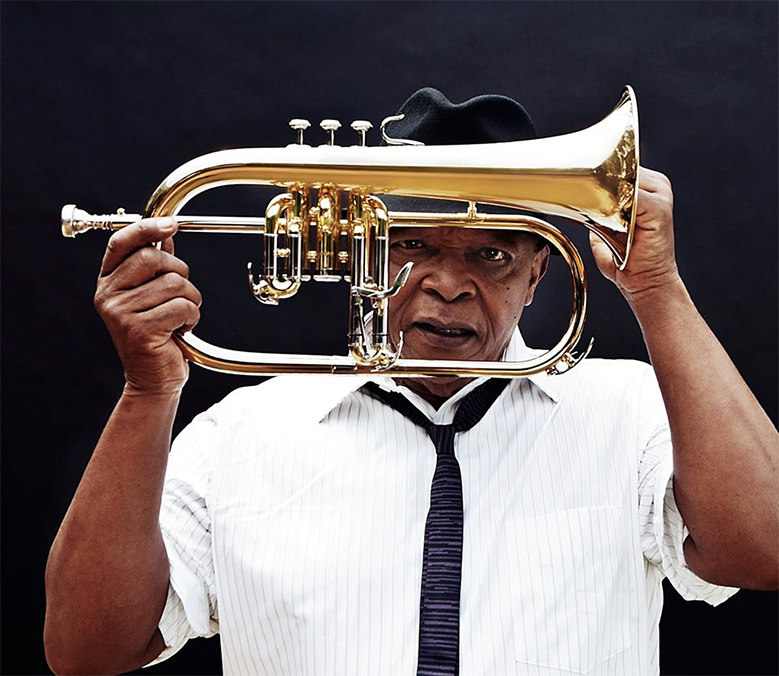 To Bra Hugh Masekela, African heritage preservation and promotion was of utmost importance and this is evident in his work. In what would have been his 81st birthday celebration, Universal Music Group teamed up with The Hugh Masekela Heritage Foundation and Mabusha Masekela to release Township Grooves – a compilation of Bra Hugh’s songs from various albums released between 1965 and 1974.

“The Hugh Masekela Heritage Foundation came to us to do a series of releases based on Hugh’s catalogue. It’s a vast catalogue. We threw around ideas and produced the idea of doing Township Grooves, which is stepping into Hugh’s catalogue and picking the best kind of township sounds”.

“If you go through these songs, not only is it a township sound but it’s also a history of Hugh’s relationship with that sound. We got songs like Gafsa. We got songs by Abdullah Ibrahim. We got performances with Malume Jonas Gwangwa. We also got a number of songs by Caster Semenya who was always Hugh’s go-to person in terms of composers that Hugh always loved.”

Although Bra Hugh spent a lot of his time in the United States, his nephew Mabusha Masekela says he still had a strong background of South African music before heading to the United States to study. Being in the US did not change that he was always a township boy. Because of this, he never strayed away from expressing his identity through his music and other projects he was invested in such as The Hugh Masekela Heritage Foundation.

“The Hugh Masekela Heritage Foundation was Hugh’s legacy project, he wanted this foundation to be a starting point for people to become interested in finding out about themselves and who they are as Africans and preserving that African identity as we see ourselves overwhelmed by Western and American cultural ideas”.

“We also have a project called Buya ma Africa, which is about a group of young people going to elders for stories and they workshop these stories and create plays and pieces, themes and perform to communities at a workshop hall”.

“Hugh always loved to collaborate throughout his career. He loved collaborating with other artists, he had a strong spot in his heart for young artists. Nelson did some sketches of Hugh when was still alive and that’s how the idea to have him do the cover came about”, said Masekela.

The multi-talented Hugh Masekela had influences from music legends all over the world and his taste in music didn’t just end with jazz.

“His influences included Alan Salinga, Dorothy Masuka, he always loved Miriam Makeba, not just as a human being but as a musician and a composer. He loved Louis Armstrong, Louis Jordan amongst others. His initial influence, however, comes from a movie called, Young Man with a Horn. Once he got to the United States, his influences also numbered not only among jazz musicians but even open to influences throughout the world like the Beetles,” Masekela says.

Masekela also mentioned that although he can’t share what they have up their sleeves, there are more projects that we can look out for.

Trey Songz releases a song in light of #BlackLivesMatter protests