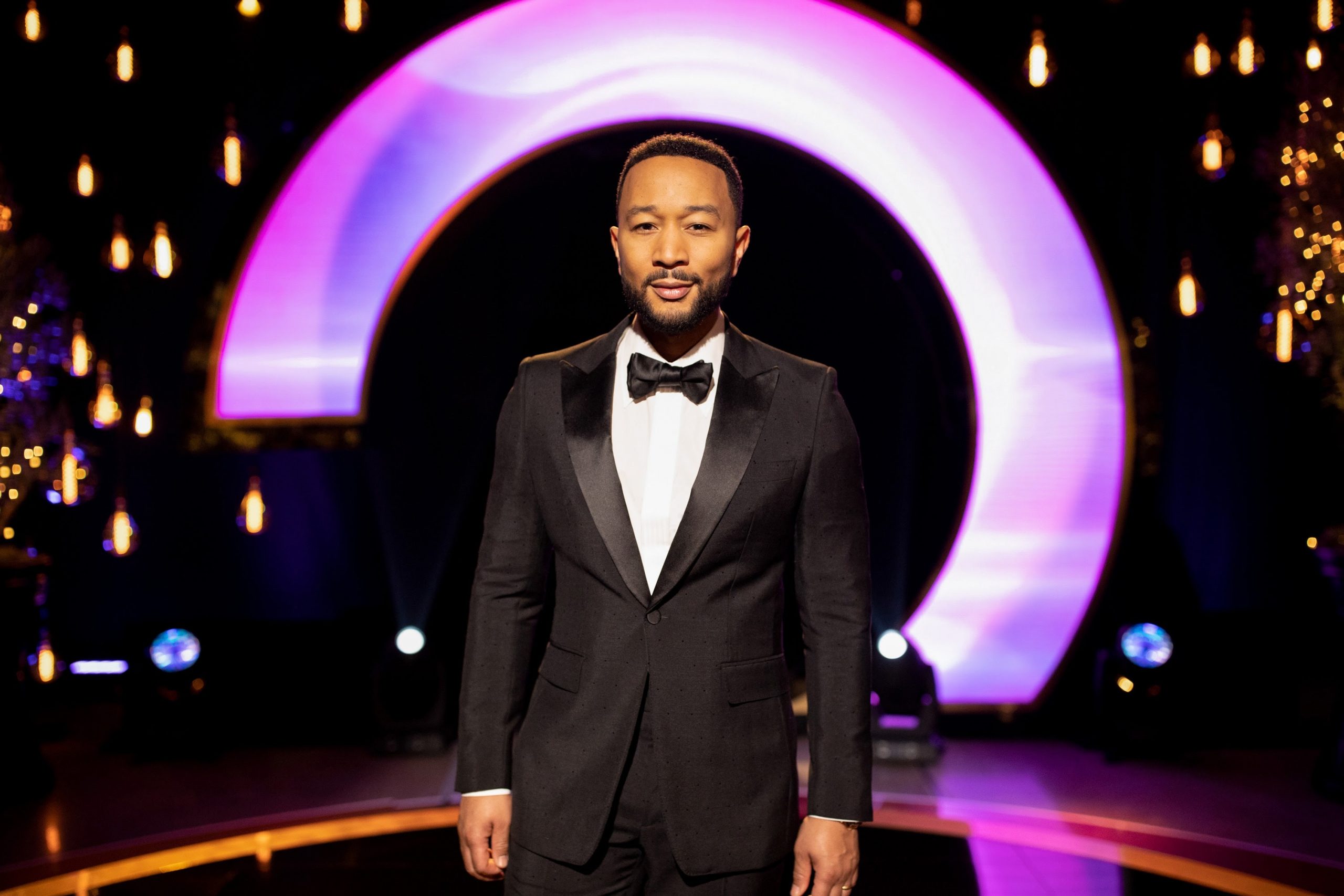 John Legend served as host of the event, which featured presenters:

Bryan Stevenson was awarded the Global Citizen of the Year Prize, which celebrates an individual who has proven exceptional and sustained impact toward the end of extreme poverty and its systemic causes. As Founder and Executive Director of the Equal Justice Initiative (EJI), Stevenson has dedicated his career to helping the poor, the incarcerated and the condemned. Under his leadership, EJI has won major legal challenges eliminating excessive and unfair sentencing, exonerating innocent death row prisoners, confronting abuse of the incarcerated and the mentally ill and aiding children prosecuted as adults.

Accepting the award in conversation with Usher, Stevenson said, “I’m so honoured by this award and this recognition on behalf of everybody at the Equal Justice Initiative who have been fighting this fight for a long time…All of us have to find ways to get closer to people who are experiencing inequality and injustice. We will never prevail in changing the world if we only do the things that are comfortable and convenient.”

Sir Elton John was awarded the Global Citizen Artist of the Year Prize, which honours a creative individual or group using their platform and their work to create change not only through conversation but meaningful impact. A singer, songwriter, philanthropist and composer, John also tirelessly works to end the AIDS epidemic through the Elton John AIDS Foundation and most recently was a leader in raising vital funds for the global COVID-19 response.

Accepting the award in conversation with Miley Cyrus, Sir Elton John said, “I didn’t really do enough as a gay man – I should have been there with ACT UP, I should have marched, I should have been much more political than I was. So many of my friends died, so many of my friends still have HIV/AIDS and when I got sober in 1990 I realised I wanted to make a difference, not just for gay people but for everybody…Our motto is nobody gets left behind…I’m extremely grateful for this accolade. I’m so grateful people know about the Elton John AIDS Foundation and consider it a wonderful organisation, but it reminds me of all the work left to do.”

President of the European Commission Ursula von der Leyen was awarded the Global Citizen World Leader Prize, which honours a political figure who advocates for and has implemented policy changes that have improved the lives of those living in poverty. Finalists for this year’s Prize also included Chancellor of Germany Angela Merkel, Chairwoman & Managing Director of the IMF Kristalina Georgieva and Executive Director of UNAIDS Winnie Byanyima. President von der Leyen has shown extraordinary leadership during her first year in office, driving significant and exemplary impact for the global community and contributing to achieving a just and sustainable future for all, in particular through her relentless work for equitable access to tests, treatments and the vaccine against COVID-19. The winner of the Global Citizen Prize was selected by an independent committee of more than 30 judges and included former Heads of States and Governments, other political leaders and champions in the development community. The committee deliberated and gave careful consideration to all the nominees who embody the spirit of global citizens through their work, identity and community collaborations.

Accepting the award, President von der Leyen said, “There is no doubt this double crisis, the health and economic crisis of unprecedented scale, is definitely the biggest challenge in my life…I’m deeply honoured and I’m truly humbled to receive this prize because I know this is a prize for all of us, and you have my word that team Europe stays on the ball because as much as the Global Citizen award is a moment to celebrate, we cannot stop with our work until we have overcome this pandemic and its impact. Thank you for this Prize, it’s a tremendous motivation to keep going.”

LifeBank Founder Temie Giwa-Tubosun was awarded the Global Citizen Business Leader Prize, which honours an individual in the business community who has combined business goals with positive human impact. Recognized for her work as a health advocate in addressing blood shortages in Nigeria, as well as her innovative use of technology and the partnerships harnessed to expand LifeBank initiatives, Giwa-Tubosun is also recognized for LifeBank’s COVID-19 response, including creating a national register, launching testing centres, and free delivery of medical oxygen to COVID-19 patients in isolation centres.

Accepting the award in conversation with Katie Couric and LifeBank Global CEO Temie Giwa-Tubosun said, “I’m so glad that I work here and that Africa has been honoured in this amazing way…The problem we’re solving is not just a Nigerian problem, it’s not just an African problem. It’s a problem that exists in developing countries that need to figure out their infrastructure. For me, the work is to build a scalable, fast-growing business that can expand to all these locations around the world where this problem still exists, saving lives and saving lives at scale. That is the dream and we’re committed to doing the work to get us there.”

Founder and Managing Director of Water Access Rwanda, Christelle Kwizera was awarded the Global Citizen Prize: Cisco Youth Leadership Award, which honours individuals aged 18-30 who have contributed meaningfully toward the goal of ending extreme poverty. The award also includes a $250,000 prize paid to the organization to which the individual contributes. Kwizera established Water Access Rwanda, a social enterprise committed to eradicating water scarcity by providing appropriate technologies for durable access to water, and works to provide simple, durable and affordable water solutions while creating decent employment for the youth. Her company is rehabilitating unsustainable boreholes to supply piped, purified water that people can access either at a public water point or directly in their homes, and to date successfully supplies over 70,000 people with water daily.

Accepting the award in conversation with Nick Jonas, Christelle Kwizera said, “The work we do, keeping water running for hundreds of thousands, we’re going to scale for millions because we’re tackling a challenge that affects 400 million people across Africa and over two billion worldwide. When we look in 10 years, this Prize will be a huge catalyst. In 10 years, we’ll be servicing 30 million people, and more, and we’re going to create over 13,000 jobs because when we give water we also create jobs.”

The Global Citizen Prize: Country Hero Award, which celebrates individuals around the world who have shown exceptional commitment to achieving the Global Goals and championing the most vulnerable awardees include:

The Country Hero Award in Australia, Germany, South Africa, and the United Kingdom is presented by Vodafone and in Mexico by Citibanamex.

Also, the Global Citizen Prize introduced three awards, selected by Global Citizen and a team of advisors to recognize individuals or organizations who have demonstrated exceptional impact over the preceding year, creating positive change and inspiring others through compassion, innovation and unwavering dedication in their respective fields.

Warren Buffett was awarded the Global Citizen Prize for Philanthropy, honouring a philanthropist, or philanthropic group, who has shown extraordinary leadership, stepping forward to accelerate their giving in support of the world’s biggest challenges and in pursuit of achieving the United Nations Global Goals. Historically the most giving person in the world, Buffett has vowed to gradually give more than 99 per cent of his wealth to philanthropic foundations and announced earlier this year that he donated another $2.9 billion worth of stock to nonprofit groups.

Sesame Workshop was awarded the Global Citizen Prize for Culture & Education, honouring an individual or organization who has excelled in creating positive change through an artistic or educational endeavour. The nonprofit Sesame Workshop has a storied history of bringing critical early childhood education to children in over 150 countries through the power of media and the Sesame Street Muppets and tackling the toughest issues facing children, like HIV/AIDS, family homelessness, autism, and most recently the COVID-19 pandemic, in ways that children not only can understand, but that also help them to grow smarter, stronger and kinder. Elmo accepted the award in conversation with John Oliver, and Alessia Cara also joined in song with Sesame Street Muppets from around the world.

The Black Lives Matter movement, represented by Co-Founders Patrisse Cullors, Alicia Garza and Opal Tometi, was awarded the Global Citizen Prize for Activism, which honours an organization or individuals whose activism has driven significant and exemplary impact for society, at a local or global level. The Black Lives Matter movement has been awarded the Prize for Activism, due to the powerful impact that it has had on combating anti-Black racism. The Black Lives Matter movement has also confronted socio-economic challenges that disproportionately impact disenfranchised communities and communities of colour. The movement has promoted equity, enlightenment and inclusion, elevated the collective conscience of people, and BLM Co-Founders have excelled in their ability to unite people across the country and around the world.

Accepting the award during a powerful performance of Academy Award-winning song Glory with John Legend and Common, Cullors, Garza, and Tometi said, “Hashtags don’t start movements, people do, through awareness, activism, and allyship. What started as three words on social media has become the largest movement in U.S. history, and we couldn’t have done it without you. Together, we are creating a better tomorrow. By continuing the tradition of resistance, standing up for what’s right, loving each other, and demanding change, we can manifest a reality where Black lives are valued, Black lives are respected, and Black Lives Matter.”

Lastly, Global Citizen’s launch of the #My2020Hero social media campaign invited everyone to honour the people in their lives who have done something special during this difficult year to support them, their community, or the world, to take a moment together to focus on gratitude and hope.

Since the first Global Citizen Festival in New York in 2012, Global Citizen has grown into one of the largest, most visible platforms for people around the world calling on world leaders to honour their responsibilities in achieving the United Nations Sustainable Development Goals and ending extreme poverty by 2030. Global Citizens have mobilized $48.5 billion in commitments and policy announcements from leaders that have impacted the lives of 880 million people living in extreme poverty.

White Star steps in to keep the local beat alive!