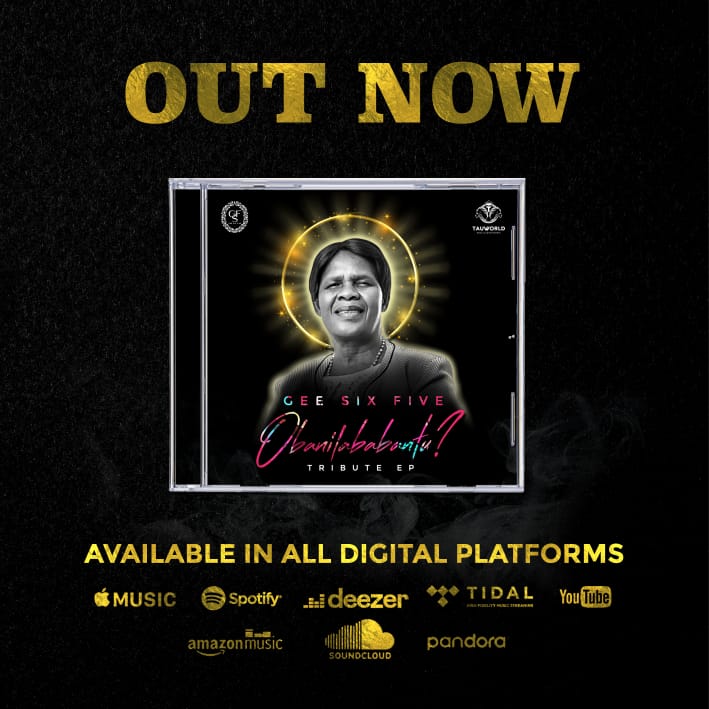 South African renowned artists and musicians, including Mr Brown, C-Kay Khwela and Eugene Alcupoem Mpule, have teamed up with Fika Selepe to keep the spirit of the late Gee Six Five (Olpha Selepe). She took the nation by storm with her debut single ‘Obani lababantu’, alive.

In honouring the sensation that she still is an EP, with five remixes of the original track and two new songs, was launched on the second month of her passing. Fika Selepe, Gee Six Five’s son and project coordinator of this EP had this to say about the project, “One can never be prepared enough for loss. We saw how Gee Six Five’s passing shook many South Africans who had grown to love Gee Six Five in a short space of time. She still wanted to give more of herself to the nation, but she sadly left us. We felt it was only befitting to find a way for her to say goodbye to her fans properly and that is where the EP idea was birthed.”

After her passing, her son Fika Selepe deemed it important to rally up some of South Africa’s up and coming and some seasoned producers to release a tribute album dedicated to his mother. This includes five remixes of the 2020 top-charting single.

The EP is about continuing her legacy and keeping her message of endurance alive.

Gee Six Five graced SA’s music industry when she demonstrated her passion despite the odds. She defines living life to its fullest, as she did not let anything limit her dreams and purpose. She believed that “It is never too late to pursue your dreams and that one should live their lives no matter their age or background”. Selepe further explains that the recently launched EP is a bridge between honouring seasoned producers and artists while opening the industry to upcoming talents.

Gee Six Five was an educator at heart who dedicated her last few days to do the two things she loved – music and teaching. She taught and motivated South Africans to go for their dreams no matter their age and that is exactly what this tribute album is about.

The EP, which took a month to produce features some of South Africa’s new talent that includes Dancer Nonofang “BluLyt” Disetlhe, TPSOUL and Producer Magic Finger.

The finished album is available on all music streaming platforms.

Fika plans to announce more projects in the future in honour of his late mother as he believes that, although she lived her life’s purpose, she always wanted to do more and that is what her family plans to do as part of honouring her legacy.