Absolute Watermelon is the taste of summer all year round 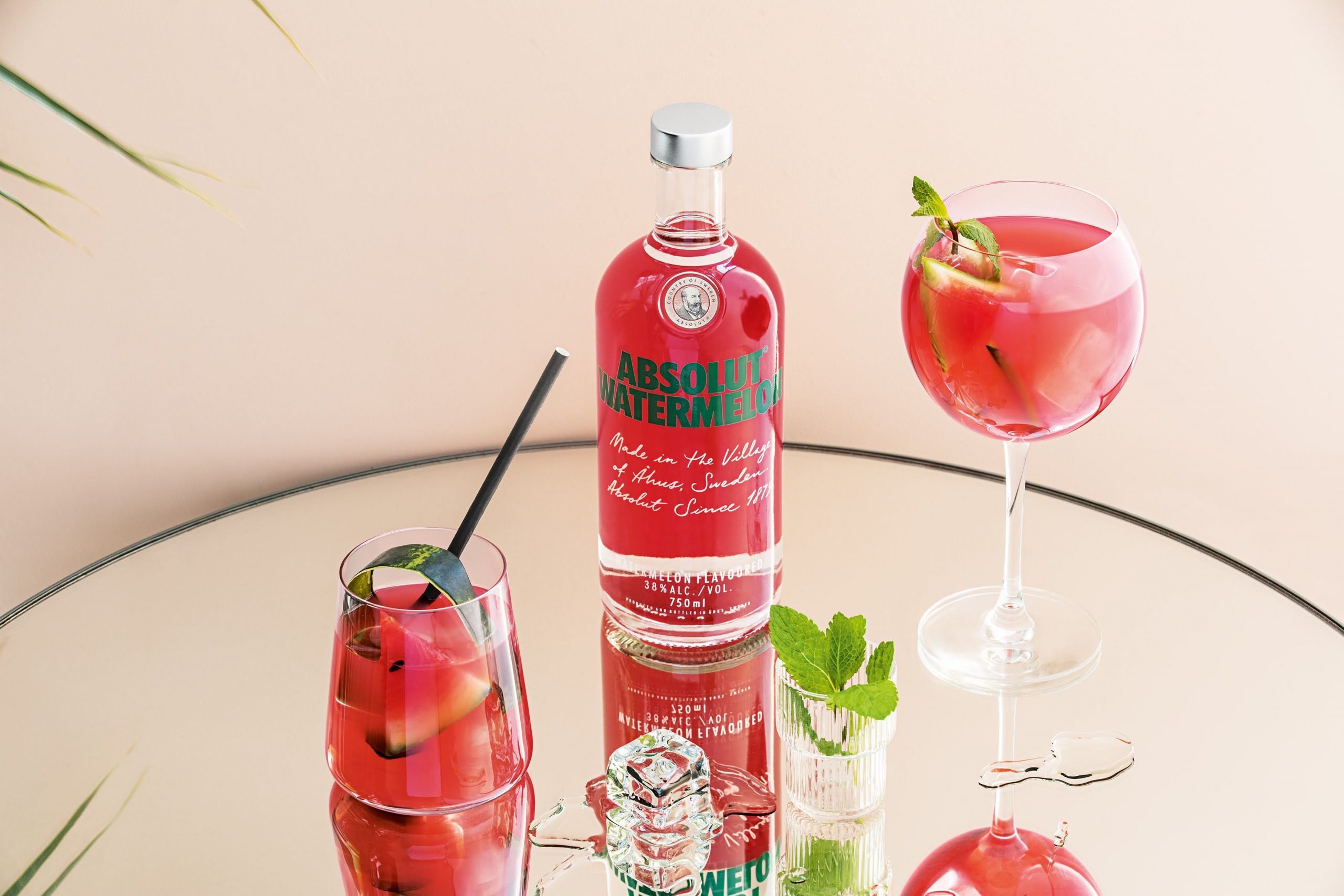 Absolut, a Pernod Ricard brand, brings you an exciting new flavour variant: Watermelon. A perfectly balanced combination of crystal clear vodka and fresh, natural watermelon sweetness. Absolut Watermelon has summer written all over it and still remains to be in season. Absolut Watermelon is 100% natural flavour with 0% added sugar.

In line with Absolut’s long history of flavouring vodka using only natural ingredients, Absolut Watermelon is a premium vodka with no added artificial sugars or colourants. It has a rich and smooth taste profile with the distinct character of watermelon juice, complemented with underlying hints of spiciness.

“Absolut has been flavouring the vodka category since 1986 and we are delighted to be launching Absolut Watermelon into our flavour range,” said Sarah Mansfield, Pernod Ricard Head of Marketing for White Spirits, Rum and Tequila. “We believe this perfect balance between sweetness and a touch of tartness makes it ideal for those looking for something new, refreshing and free from artificial flavours,’ she added.

Absolut Watermelon has a slightly reduced abv (38%), which allows for a truly optimised flavour profile and balance. This makes perfect for cocktails just like in the Absolut Watermelon Spritz – a luxurious combination of vodka, simple syrup and sparkling wine. The watermelon flavour also makes for an easy mix with tonic or soda to create a perfect drink for that sunny afternoon at home. It’s an ingredient that is always in season, so you can have a taste of summer, come rain or shine.

Absolut has a proud heritage of creativity and being a key driver in flavoured vodka culture. They revolutionised the way bartenders made the Bloody Mary after first launching the game-changing Absolut Peppar in 1986. Absolut then released Absolut Citron, which inspired the creation of the hugely popular Cosmopolitan cocktail and continued the legacy of flavours.

Absolut uses the highest quality natural ingredients to make its products. Its unique One Source production philosophy means that every aspect of Absolut Watermelon’s production journey (as with all its other products) occurs in and around the small village of Åhus, Sweden. Every drop of water and every seed of wheat comes from one water source, one village and one community. This is the reason why no matter where you are in the world Absolut will always have the same high quality.

Absolut Watermelon will be available in 750ml at quality liquor stores nationwide. For more drinks inspiration, head over to Absolutdrinks.com

Keep the flame alive all year-round

Miss Soweto 2020 drives off in a new Toyota Starlet