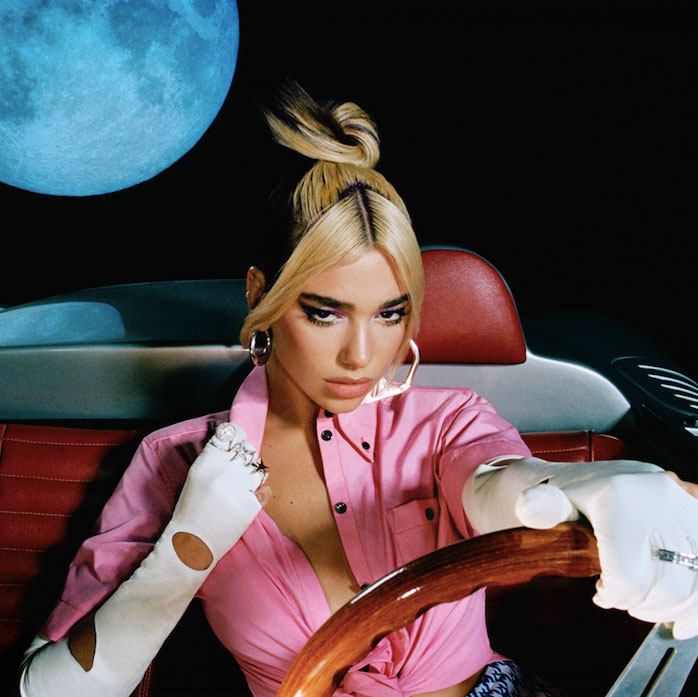 Dua Lipa announced news of her highly anticipated new album Future Nostalgia, revealing artwork and tracklisting information for the upcoming second LP, due for release on April 3rd. Future Nostalgia will include the Number 1 global hit single ‘Don’t Start Now’, and new single ‘Physical’, which is now available to stream. The new album will be available for download on all digital platforms as well as physical on the following formats; pink neon vinyl, CD, picture disc, gold cassette and deluxe box set, all of which are now available from Dua’s web store here.

Dua said of the album ‘I’m so excited to launch the pre-order for my new album ‘Future Nostalgia’. It’s been an amazing experience making this record and I can’t wait for you all to hear it… Not long now’

Dua Lipa also revealed the super-charged rainbow coloured video for her new single ‘Physical’. The truly unique video was directed by Lope Serrano, the esteemed creative behind ‘The Less I Know the Better Video’ – Tame Impala, from the highly acclaimed design collective CANADA.

CANADA is a creative production company based in Barcelona and London. Two of its founders, partners Lope Serrano and Nicolás Méndez, also direct under the name CANADA. Partners Oscar Romagosa, MD/EP, and Alba Barneda, HOP, run the operation alongside partner and EP Marta Bobic in London. Proud to develop and produce its directors with a global approach, CANADA’s aim is to bring every project up to the best standards of quality, applying know-how and dedication to craft that has developed into its very own methodology.

The end of 2019 saw Dua perform ‘Don’t Start Now’ at MTV EMAs, ARIAs, AMA’s, since arriving in style in 2015 Dua’s debut album has eclipsed 4 million sales worldwide and she has spawned 60 million single sales worldwide, including over 500 million streams of ‘Don’t Start Now’. Her debut album is officially the most streamed album by a female solo artist in Spotify history and she is also the youngest female solo artist ever to hit 1 billion views on YouTube. Dua will embark on a 24 date the UK and Europe arena tour this Summer including 2 nights at the O2 Arena.