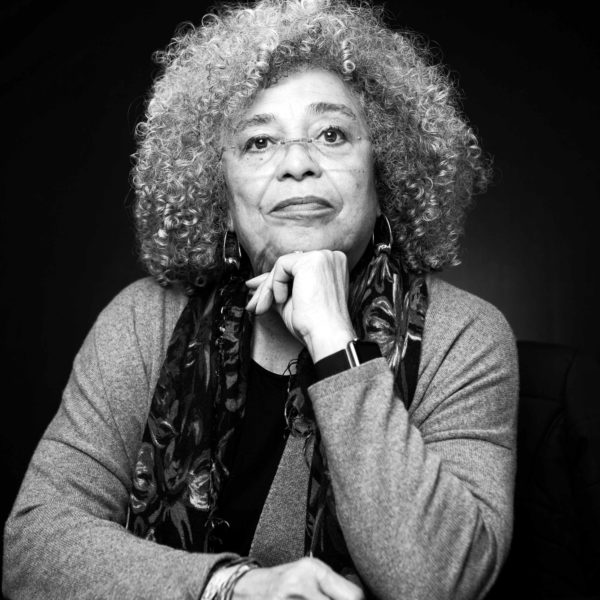 More than anything, Afropunk is a movement reminiscent of the counter-cultural roots of hip-hop. Derived from ‘afro’ meaning anything relating to Africa, and ‘punk’ from the punk subculture that is largely characterised by anti-establishment views and the promotion of individual liberties among others. These are the beliefs that the festival upholds.

Now having entered its third year on the African continent, Afropunk Joburg lived up to its mission statement of being a safe and blank space to either freak out in (this happened in abundance later at the concert, as black award-winning and world-class acts like Miguel, Sho Majozi, Solange, Goldlink and Sjava took to the stage to echo powerful messages of Afro love and pride) or construct a new reality to live oneself as they see fit while making sense of the world around you.

“There is a state of being that we [black people] desire. We are not there right now. Ase enga-kafiki kulendawo,” reiterated Nomsa Mazwai, better known by her stage name Nomisupasta. This loosely translates to we are yet to arrive at that place from isiXhosa. This was stressed at the last up to capacity Afropunk Joburg Solution Session — which brought together people with the tools, experience and resolve to solve the issues facing the black global community for dialogue — that Nomisupasta was hosting.

Mazwai’s statement was a bold remark to the pressing question in the room and topic of the session with legendary American political activist and academic, professor Angela Davis. Her literary works range from class to feminism, and the US prison system are and remain the strongest points of reference pertaining to questions of the lingering black struggle.

When it comes to how to be a revolutionist, professor Davis was undoubtedly a befitting choice in iconoclasts. She is not only painted as a controversial figure half the time but is also highly praised by many Marxists and others on the far-left for igniting or being active in various movements such as the Occupy (Occupy Wall Street) movement. Davis has also received various awards, including the Lenin Peace Prize.

There was a great sense of yearning for insight in the room from participants, at a time when black lives are under threat from various forms of oppression and continually being reduced to nothing – not matter what.

“All oppression is connected,” commented one audience member, further explaining that “the struggle of a woman in Libya, is our struggle too.”

Davis concurred that being a revolutionary is taking cognizance of all forms of struggles, the black struggle, the queer struggle, the patriarchy struggle and more.

“There was a time when the struggle didn’t tackle trans issue,” she said. The lesson to learn from this, according to Davis, is that “struggles change.” The climate struggle, currently being led by young people is one such as great example, she said.

She explained how when it came to activism, one could either be a revolutionary by fighting in the frontlines of the battle or a revolutionary from behind the scenes. For instance, taking on a behemoth of a task to document the events of the movement as accurately as possible. If it is left to other people to document, then, as George Orwell once put it, “the most effective way to destroy people is to deny and obliterate their own understanding of their history.”

Davis referred to another legend, novelist and cultural commentator Toni Morrison whose literary work like Beloved is unflinching in her attention to the brutal realities of innumerable black lives. Though she was not in the frontlines, she took down the atrocities and ensured that they were penned for later generations.

Sometimes, wearing a t-shirt with a powerful slogan is sufficient and part and parcel of becoming a revolutionary, responded Davis when questioned on whether activism through apparel like t-shirts was enough. In light of Dior’s Chiuri champions T-shirts emblazoned with the slogan “We should all be feminists.”

“There is a t-shirt for everything now… however, we must not discount participation by people wearing t-shirts.” Prof Angela Davis.

Demonstrations in their various forms are indicators of revolutions when we witness demonstrations, we then realise that it is possible to resist, said Davis.

Davis left the audience of young, up and coming revolutionaries with a sounding reminder that “we [black people] have not responded to the globalisation of our problems,” and that, perhaps that is a good place to start looking, on the journey to becoming a politically conscious revolutionary; in today’s society.

Strike a POSE for Austin Malema