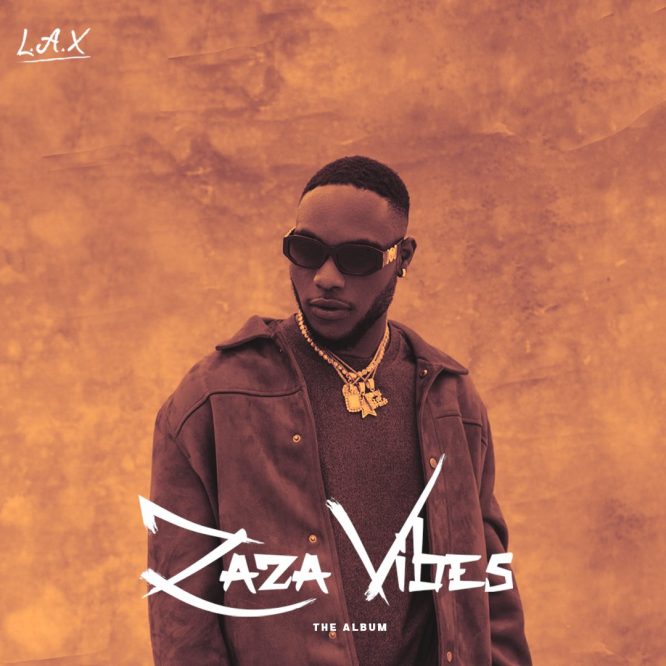 L.A.X said, “Zaza is my nickname – my alter ego. That’s me being a lover boy and sharing love, so I decided to create an album that has sweet love, soul and decided to call it Zaza Vibes because it’s me putting myself out there and explaining who I am.”

L.A.X’s music career began at an early stage of his life as a rapper in a 3-man group called Flyboiz. He has since climbed the ladder and is now mingling with the biggest names in the industry.

“I have my sound now, at the time when I was with the group, I just finished secondary school, we were playing with different sounds. We had 2 rappers and I was the singer. My sound is different now because I have experienced a lot with music and I know what I want to sound like.”

L.A.X explained that compared to his debut album, Rasaking, this current project was very intentional.

“The last album was me playing with different sounds, me recording singles and putting an album together. This one, I was intentional with the sound, the lyrics, the features, that’s because I was hands-on, I was in the studio, I was in the creative process,” said L.A.X.

L.A.X tasted success when a song he featured on bagged an award in 2014. The song titled Caro, by Starboy and Wizkid put L.A.X on the map. Other artists that have collaborated with L.A.X include:

“I am open to working with any artist because I understand what creativity is and I know that every artist brings their own flavour to whatever you are doing. So I am not picky, I can work with any artist as long as we make something amazing,” expressed L.A.X.

Coming from a wealthy family, you would have expected L.A.X to follow his father’s footsteps and venture into business. But, he decided to pursue his dreams and his parents have been supportive of his decision.

L.A.X said, “I have always been a good kid, I have always been a kid that listens and I don’t really stress my parents. So when I said I want to pursue music, it was weird for them because they never thought I would choose that part, but they gave me their support because they felt like I have done everything. He has done his undergrad and masters so why not support him? So my mom and dad were supportive, they just wanted to make sure that I had the education.”

L.A.X is shooting music videos of his album and says he is already 14-tracks into his next project.

Zaza Vibes is available on all digital platforms.

AKA set to perform his second Orchestra show