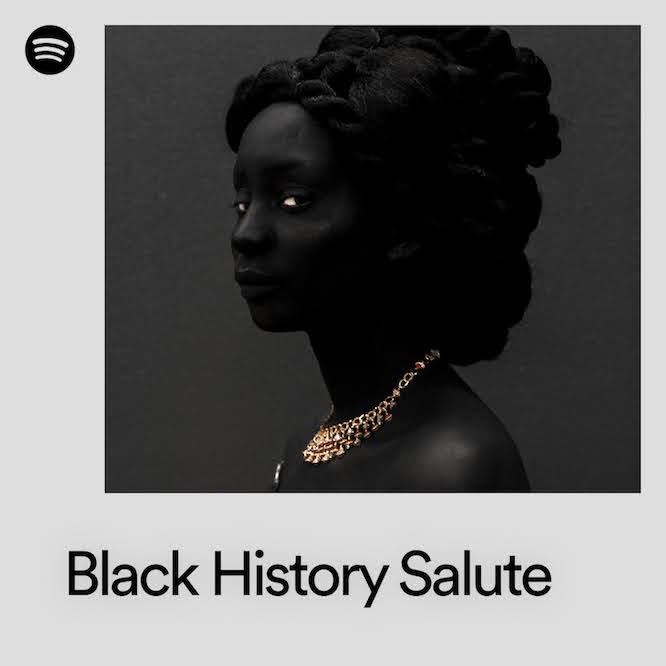 As the world’s most popular audio streaming subscription service, Spotify continues to place focus on and amplify Black voices through curating top audio destinations for Black music and Black culture with playlists like RapCaviar and Feelin’ Myself.

As part of the playlist takeovers for Black History Month, Ghanaian Afro-fusion, R&B singer and songwriter Amaarae will be guest curating the Black to the Future playlist. It features and supports up-and-coming Black artists. As part of her takeover, Amaarae will help capture Afrofuturism—in all its wild, otherworldly musical dimensions. Amaarae is also featured on Spotify’s Time Square billboard that starting on the 1st of February 2021.

Additional takeovers and activities will also be rolling out. Feel free to also check out the Black History Is Now Hub for all of this month’s BHM content.

To showcase the wide spectrum of Black talent that pervades not just music, but visual art, Spotify will be licensing photography from 7 Black photographers to curate cover art for 8 playlists. This will all be on a weekly rotation throughout February.

Many of Spotify’s playlists, which can be found in the Black History Is Now hub, will be guest curated by influential Black curators, celebrities, creatives and more:

Three Spotify playlists will be displaying their new looks and sounds today: