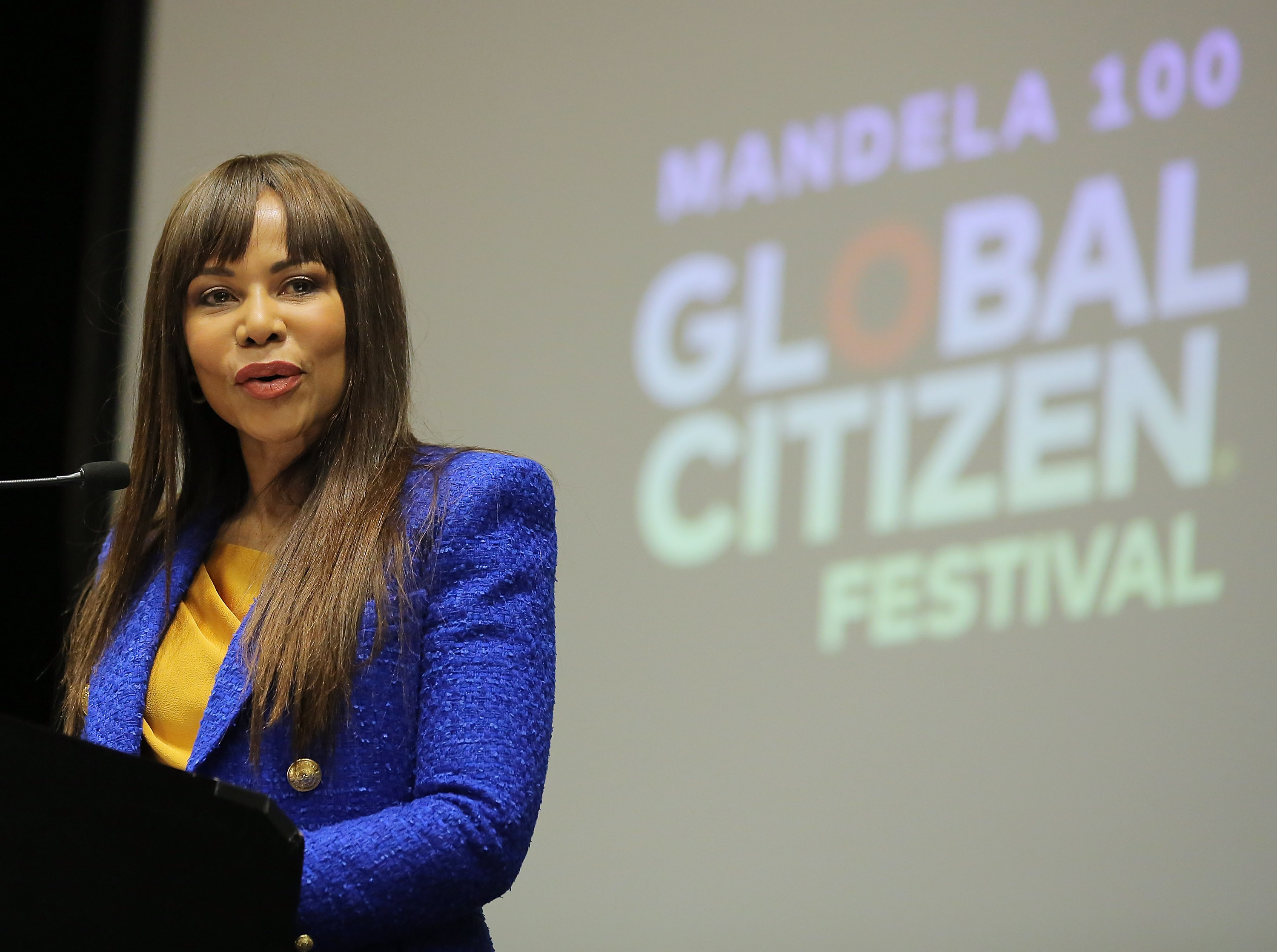 Global Citizens have taken an unprecedented number of actions to apply pressure on world leaders to make commitments at the Festival around the issues associated with extreme poverty; gender equality, food security, education, the environment, and global health. ​Since 18 July, Global Citizens in South Africa, Swaziland and Lesotho, have taken ​3.71 million​​ actions, totalling ​33,423 actions per day, which is roughly ​1392 actions​​ per hour, or around ​23 per minute​​. Through these actions Global Citizens are then rewarded with free tickets to the ​Global Citizen Festival: Mandela 100​.
World leaders, NGOs and leading corporations will announce major commitments at Mandela 100 in response to the calls of Global Citizen.
Graca Machel and Prime Minister Erna Solberg of Norway will ​showcase the leadership of South Africa in the fight against HIV, in support of the Global Fund’s 6th Replenishment in 2019 at which it hopes to raise billions more in funding from the international community to continue this fight.
Governor Ayade will ​declare that Nigeria will achieve open defecation free status in Cross River State, home to some 3.7 million people. If successful, it will be the first of Nigeria’s 36 states to become open defecation free.
The Festival will be the culmination of a six-months long campaign engaging Global Citizens around the world on seven Global Goals:

Other confirmed ​world leaders to address the ​Global Citizen Festival: Mandela 100​ include South African President ​Cyril Ramaphosa​​, ​Amina J. Mohammed​​, Deputy Secretary-General of the United Nations, Prime Minister ​Erna Solberg​​ of Norway and President ​Nana Akufo-Addo​​ of Ghana, who both serve as co-chairs of the UN Secretary General’s Advocacy Group for the Sustainable Development Goals, President ​Mokgweetsi Masisi​​ of Botswana, ​Dr. Tedros Adhanom Ghebreyesus​​, Director-General of the World Health Organization, ​Alexander De Croo​​, Deputy Prime Minister of Belgium, ​Gilbert F. Houngbo,​​ President of the UN International Fund for Agricultural Development, ​David Beasley​​, Executive Director of the World Food Programme, Ambassador ​Ertharin Cousin​​, Board Director of The Power of Nutrition, and ​Peter Sands​​, Executive Director of the The Global Fund to Fight AIDS, Tuberculosis and Malaria .
“Nelson Mandela inspired us all to use our voices and actions to eradicate poverty. Each one of us can take small, impactful steps towards the great goal of ensuring every person lives in dignity, peace, and equality. I am proud to join Global Citizen in celebrating Madiba’s legacy and urging young people to be the generation to end extreme poverty in our lifetime.”​ said ​Graça Machel, Founder and Chairperson, The Graça Machel Trust.
“With sagacity to match his humility, Nelson Mandela observed, ‘The anchor of all my dreams is the collective wisdom of mankind as a whole.’ Collective wisdom is our greatest Commonwealth asset, we draw insights from many traditions and str​eams of thought. Madiba taught us that it is possible to acquire and apply such wisdom ever more deeply for the good of all humanity in whatever setting we find ourselves – from prison cell to presidential palace. His example as a great son of Africa and of the Commonwealth continues to inspire our collaboration as we work towards a common future.” ​said The Rt Hon Patricia Scotland QC, Secretary-General of the Commonwealth.
“Nelson Mandela dedicated his entire life – including sacrificing his freedom – to bring change when the stakes were highest,” ​World Bank Group President Jim Yong Kim​​ ​said. “We honor his legacy by tackling the greatest challenges of our time. Today, more than 150 million children around the world are stunted, and hundreds of millions of young people are undernourished, undereducated, and unprepared for the jobs of the future. I truly hope that the Global Citizen Mandela 100 festival will create a groundswell of demand for more and better investments in people, which are critical to reducing poverty and giving everyone a chance to achieve their highest aspirations.”
“Everyone has the right to live their life without the threat of violence. This holds for all people, no matter what their gender, age, race, religion, ethnicity or caste, and  irrespective of their income level, sexual orientation, HIV status, citizenship, where they live, or any other characteristic of their identity,” said UN Women Executive Director, Phumzile Mlambo-Ngcuka. “Yet, the forces of shame, fear of reprisal, and impact of not being believed, continue to silence the voices of millions of survivors of violence and mask the true extent of women’s continued experience of this, the greatest blight of our time.”
“Open defecation for us in Cross River State is a thing that we find unacceptable, especially in the urban centers because of the close accommodation. And so It is my strong pleasure that I will be personally there to speak strongly for Africa. And to speak on that international platform…whoever will be there on that day will hear the African voices.​” said ​His Excellency​​ Benedict Bengioushuye Ayade, ​​Governor of Cross River State, Nigeria.
“We are at an unprecedented moment in the HIV/AIDS pandemic. For the first time in modern history, we have the opportunity to actually control the global pandemic without a vaccine or a cure, and this is a very exciting time for us. Together with our partners, the U.S. President’s Emergency Plan for AIDS Relief (​PEPFAR​) is transforming the impossible into the possible by rapidly accelerating access to lifesaving HIV prevention and treatment services.​” said ​Ambassador Deborah L. Birx​​, ​U.S. Global AIDS Coordinator & U.S. Special Representative for Global Health Diplomacy.
Beyoncé & JAY-Z, Cassper Nyovest, D’banj, Ed Sheeran, Eddie Vedder, Femi Kuti, Kacey Musgraves, Pharrell Williams & Chris Martin, Sho Madjozi, Tiwa Savage, Usher, ​​and Wizkid will headline the first Global Citizen Festival to be held in Africa.

Trevor Noah ​​will host the Festival with co-hosts ​Naomi Campbell​​, ​Dave Chappelle, ​Sir Bob Geldof​​, ​Gayle King​​, ​Bonang Matheba​​, ​Nomzamo Mbatha, and Tyler Perry​​.
Oprah Winfrey will deliver a special keynote address at the Festival remembering Nelson Mandela and his legacy.
The ​Global Citizen Festival: Mandela 100 will be presented and hosted by The Motsepe Foundation, with major partners, Johnson & Johnson, Cisco, Nedbank, Vodacom, Coca Cola SA, Big Concerts, Harmony, House of Mandela, Bill & Melinda Gates Foundation Goalkeepers, Eldridge Industries, and Associate Partners, HP, Microsoft and Tsogo Sun.
Fans still have the opportunity to earn their tickets by visiting GlobalCitizen.org.za and taking action on world issues. The FNB Stadium doors will open at 11am on 2nd December for the Festival, where ticket upgrades will be available for those that arrive before 2pm.
For more information on how to join the movement, please visit ​www.globalcitizen.org.za​ and follow @GlblCtzn on ​Twitter​, ​Facebook​,​ ​Instagram​ and​ ​YouTube​, using #BeTheGeneration
-26.183744328.0086303 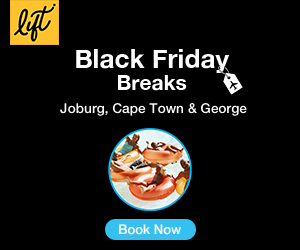