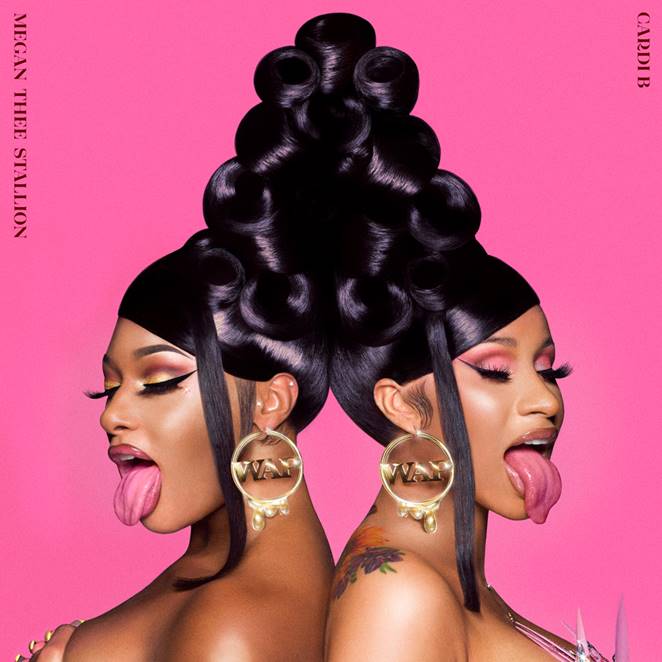 “WAP (Feat. Megan Thee Stallion)” is available now at all DSPs and streaming services. An official video directed by Colin Tilley features cameos from an all-female cast that includes:

Cardi B’s rambunctious spirit and brave tongue have made her one of the most iconic superstars of this or any other era – an adored entertainer, acclaimed actress, and of course, world-renowned rapper. “INVASION OF PRIVACY”– which was certified gold by the RIAA on its day of release, the first-ever album by a female artist to achieve that milestone – made an equally extraordinary chart debut atop the SoundScan/Billboard 200, further entering many additional charts at #1, including “Top R&B/Hip-Hop Albums,” “Top Rap Albums,” and “Top Digital Albums.”

Named “Best Rap Album” at the 2019 GRAMMY® Awards – establishing Cardi in the history books as the first solo female artist to win that prestigious category – the now 3x Platinum “INVASION OF PRIVACY” is highlighted by a truly remarkable string of chart-busting singles, including two #1 classics in the 9x RIAA platinum-certified “Bodak Yellow” and the 8x platinum-certified smash, “I Like It,” featuring Bad Bunny and J Balvin, as well the 3x platinum-certified “Bartier Cardi (Feat. 21 Savage)” and “Be Careful,” the 2x platinum “Ring (Feat. Kehlani),” and the platinum-certified “Best Life (Feat. Chance the Rapper),” “I Do (Feat. SZA),” and “Drip (Feat. Migos).” Furthermore, all of the LP’s remaining tracks have proved gold-certified or higher, affirming Cardi as the first female rapper to achieve that historic feat.

Cardi followed “INVASION OF PRIVACY” with 2018’s 4x platinum-certified “Money” and 2019’s 3x platinum “Please Me,” the latter her second collaboration with her longtime friend and labelmate Bruno Mars. 2019 also saw the platinum-certified single, “Press,” and a gold-certified feature on Ed Sheeran’s “South of the Border (feat. Camila Cabello & Cardi B).” Along with new music, Cardi recently used her platform to partner with the NY census for a PSA on the importance of completing the census.

Cardi has graced the covers of countless publications in recent years, including but not limited to Cosmopolitan, Rolling Stone, The New York Times Magazine, i-D Magazine, CR Fashion Book, W Magazine‘s annual Art Issue, Harper’s BAZAAR‘s Spring Fashion Issue, PEOPLE en Español (where she was named “Star of the Year”), to name but a few- and most recently Vogue alongside her 2-year-old daughter Kulture.

Furthermore, Cardi has made an unstoppable series of high profile appearances, including a hilarious instalment of “Carpool Karaoke” on CBS’ The Late Late Show with James Corden, ABC’s Jimmy Kimmel Live! during their popular Brooklyn Week, a stellar performance on NBC’s Saturday Night Live, and a historic instalment of NBC’s The Tonight Show Starring Jimmy Fallon, where she served as both musical guest and the first-ever co-host in show history. What’s more, Cardi tore the house down at several major awards ceremonies, including the MTV Video Music Awards, the American Music Awards, the GRAMMY® Awards, and both the BET Awards and BET Hip-Hop Awards.