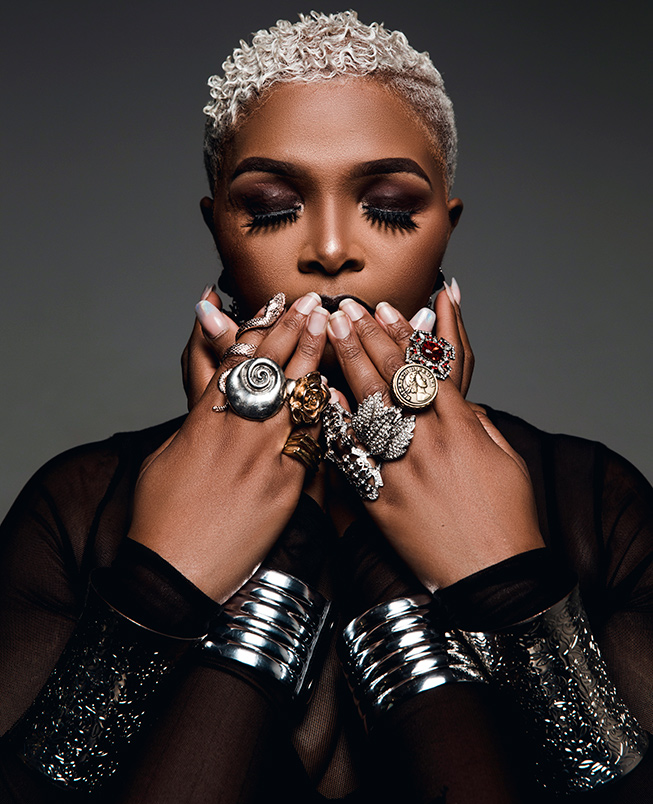 Named after the capital city of Mali, Bamako is an ode to the culture that has contributed to her album. Her first release in five years, Bamako is a continuation of her combined experiences and a journey of feelings and healing.

Following her first single Usikhonzile, Uzokhala is about calling someone to order, saying their actions will be detrimental to them, about treating everyone well, with respect and dignity. Written with a specific person in mind, Dana commented that the song is not necessarily from a loving place. “I am soft-hearted in many ways and my music can be very soft, but it doesn’t mean that it is from a loving place necessarily. It’s from a cheeky place rather it’s not an angry song. It’s more like a tongue-in-cheek kind of song. It’s playful,” she said.

Dana is more than just a singer who knows how to encompass emotions from her vocal folds. She is also a notable producer who has produced other albums before, but this one sees her crediting herself for it. An album that is all her, Bamako sees an empowered Dana through it being the first of her albums to be brought to life in her home studio, where she produced and recorded all her vocals herself.

Travelling to Mali, the Afrofuturist jazz singer worked with a number of East African musicians on the album. This includes one of Africa’s most loved and influential singer/songwriter Salif Keita and his musicians – who feature in the form of two tracks named Masibambaneni and Ndizamile. Dana also worked with and featured Vieux Farka Touré – famously called “The Hendrix of the Sahara” and son to the legendary late Grammy-winning Malian singer and multi-instrumentalist Ali Farka Touré.

Taking a total of five years to see Bamako blossom, the writing and production was complete three years ago. The remaining two years were consumed by the bureaucracy that goes into releasing an album. When asked what it meant to her for her album to be finally done and dusted, Dana commented “I was very relieved because I was getting frustrated with all the delays in-between. Ultimately it took three years to write the album from start to finish including the Mali side. But there was so much bureaucracy and red tape and everything ended up taking up longer than it normally would have.”

Usikhonzile and Uzokhala are currently out on all major streaming platforms. Filled with West African melodies fused with a South African sound, Bamako is set to be released in all its entirety on the 24th of April 2020.