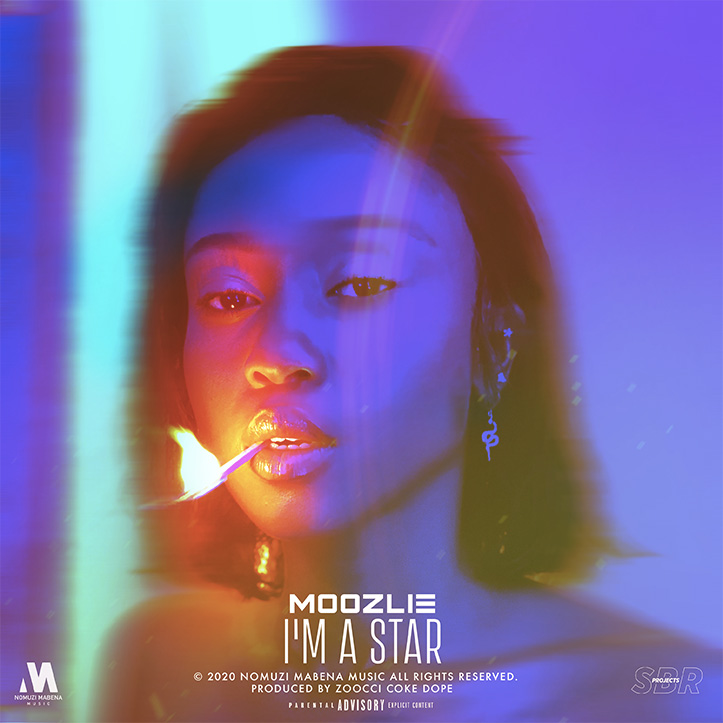 After the independent release of her debut album “Victory”, the multi-talented Moozlie is back with a brand new single to get fans going! Debuting the song on the #CastleLiteUnlocks YouTube platform, hosted by world-renowned hip hop head Sway, they have taken to social media to share their excitement for the new music.

The single, appropriately titled “I’m A Star”, was produced by highly respected SA Hip Hop artist & producer Zoocci Coke Dope. This was the first time the two had ever worked together and neither of them knew what to expect from the collaboration. When asked about what he felt upon their first musical encounter, Zoocci said, “From the time she came to record the song, she’s been nothing but cool, flexible and open-minded to ideas. That’s always a great combo for any artist when it comes to working with a producer, especially one that likes to get involved like me.”

“It’s time for me to take things to the next level and I wanna take everyone from my hood with me and there’s no better way to do that than with the music.”

Sonically, “I’m A Star” packs a serious punch, led by hard drums that have become a part of Zoocci’s signature style. This is exactly what Moozlie was after when she decided to reach out to him. “I wanted something that would make you sit up and listen and almost all of Zoocci’s music will do that to you,” she said. When asked about the content of the song the rapper says it’s all about showing love to her hometown Benoni, which she affectionately calls “BenCity”.