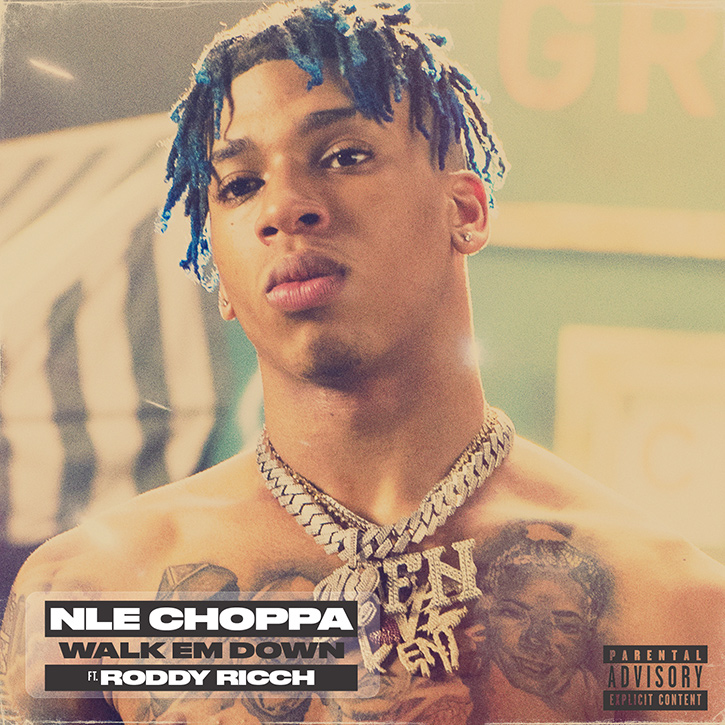 Rising rap star NLE Choppa continues his hot streak with the release of “Walk Em Down” feat. Roddy Ricch via No Love Entertainment / Warner Records. The Cash Money AP and Loshendrix-produced track hits hard as the young artists unleash their original styles. “Walk Em Down” is on track to be the “Song of the Summer” from its melodic verses, infectious wordplay, climactic chorus and a new dance that’s sure to trend on TikTok.

With poise, charisma and cleverness way beyond his years, 17-year-old NLE Choppa burst onto the scene and immediately grabbed our attention and captured our hearts. Choppa has amassed approximately 2 billion cumulative streams across platforms and 474 million total YouTube views while gaining a cult following that transcends age and socioeconomic status.

As a young boss with street-savvy, Choppa and his family grew No Love Entertainment (NLE) from humble beginnings in Memphis to a burgeoning full-fledged imprint with Warner Records. NLE Choppa continues to take hip hop by storm and solidifies his place as the next global superstar.