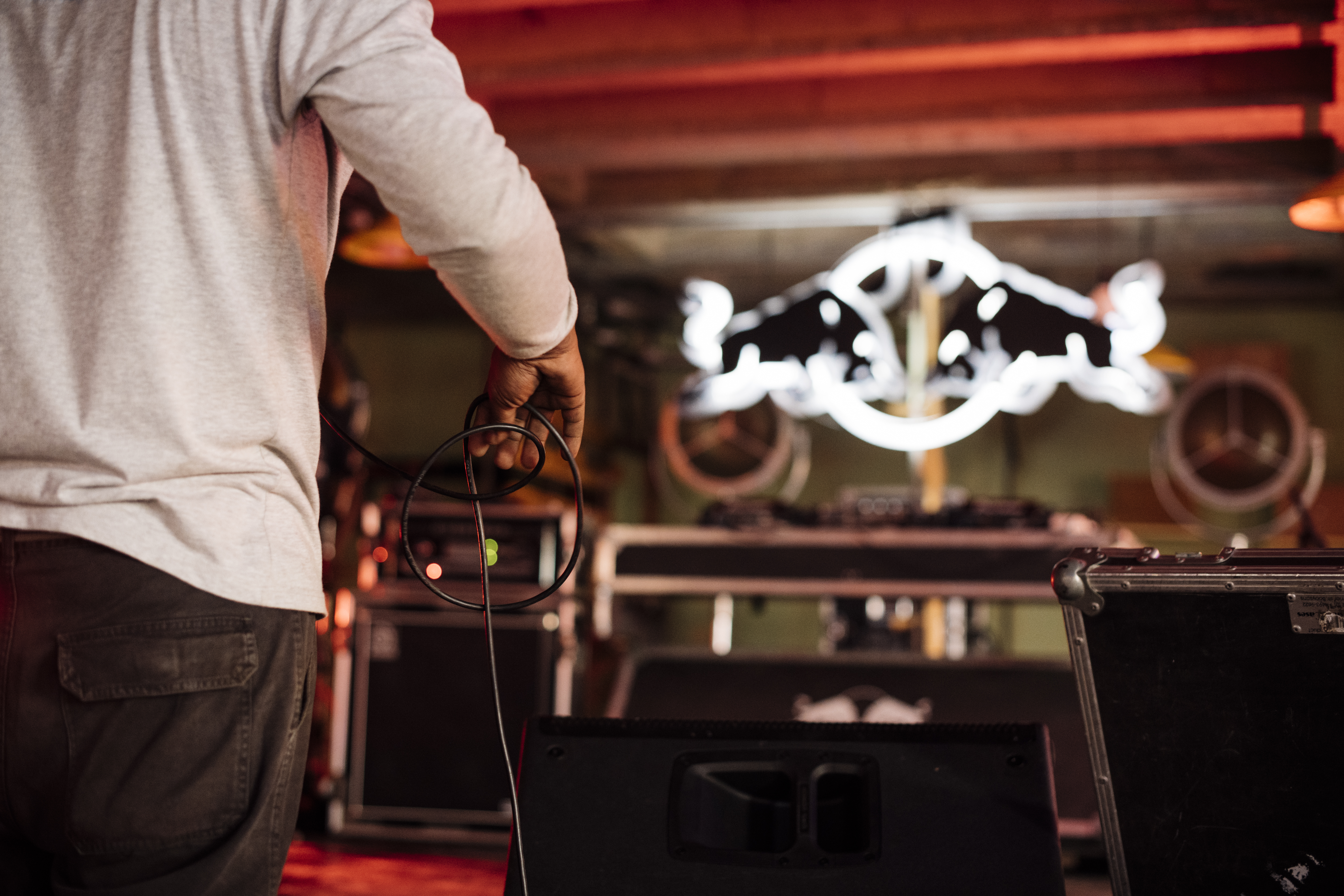 The pair performed great renditions of classic hits such as Yise Wabant’a Bami from Busi Mhlongo, Letta Mbulu’s Music in the air and Paradise Road by Joy. The chemistry between the two was visible when they brought to life nostalgic 90s hits such as Magasman by Trompies and TkZee’s We really love this place.
Fresh from her European tour, Modiga also performed her own hits such as Yakhala inkomo to the crowd’s delight. Mavuso performed his famous track, Home.  He will perform once again at Fox Junction alongside 340 Million and Shekhinah this Friday.
DJ Kenzhero closed the night with a set that encapsulated all the sounds that will be heard at the festival this week.

The rest of the week includes performances from Luyanda Madope at the Round Robin, which takes place at The Orbit on Wednesday, April 4; Trompies at Waar Was Jy? at Republic of 94 on Friday, April 6 and UK Grime superstar Skepta at Fox Junction on Saturday, April 7.
Tickets for the rest of Red Bull Music Festival are still on sale at www.redbullmusicfestivaljhb.com and are priced from R100 to R700.
Red Bull Music Festival Johannesburg is a global celebration of 20 years of the Red Bull Music Academy. The Academy is a world-traveling series of music workshops and festivals. Festivalgoers of all ages visiting the city will undoubtedly celebrate Johannesburg in its legendary light. The festival has been held in various cities including Los Angeles, New York City and Paris and espouses the values of the RBMA: to create, collaborate and celebrate the SA music scene.
For more information on the Red Bull Music Festival, please visit www.redbullmusicfestivaljhb.com