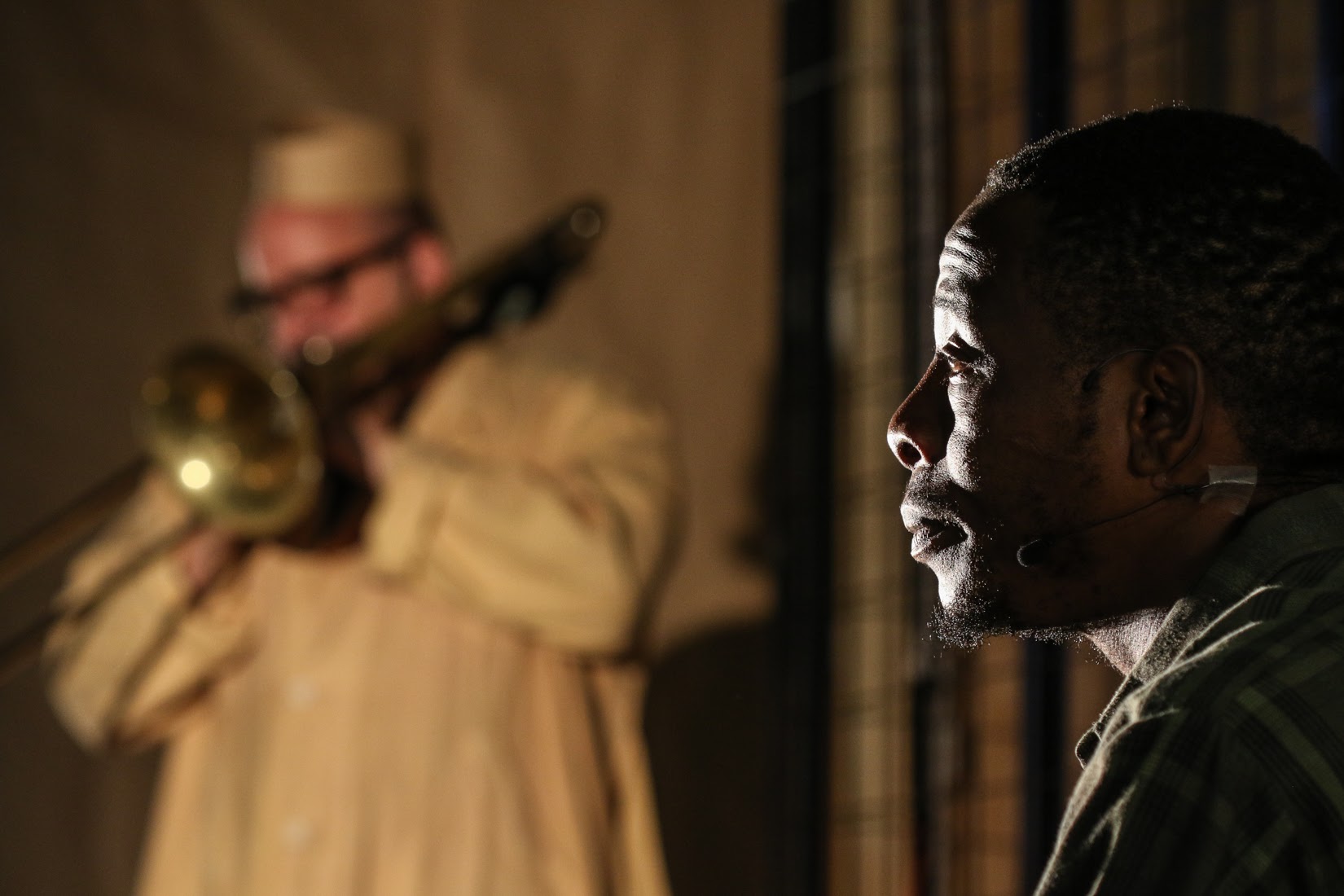 The Centre for the Less Good Idea, an arts incubator, home to molding cracks that emerge from good ideas is set to release a mini season of the German-speaking Bohemian novelist, Franz Kafka’s works.

Amongst other things, the centre takes pride in nurturing and experimenting with these cracks through collaborations with various artists such as actors, singers, dancers, graphic designers and so on.

The Centre’s team includes Phala Ookeditse Phala, who is the Animateur and co-curator of season 5 and the recent season 7.

Phala says at the centre, the collapse of ideas is where the learning starts, it’s when the process of the less good idea begins and something new starts to formulate.

Season 7 includes what the centre calls, ‘A KAFKA MOMENT’. The works revisited for this mini-season include Odadrek, adapted from The Cares of a Family Man, A Common Confusion and A Hunger Artist Hunger – all of which will be performed through playful sketches, performances and music as a means to explore the transformation of texts designed to be read, into stage performances.

“We have 2 provocations. The first one is ‘what of text?’. How does 1 begin to perform different forms of text? How does text get questioned in performance? How does it inform performance?

“The second one was testing the ideas of the 19th century illusion technique called Pepper’s Ghost. We tested the ideas, asked what the use of the Pepper’s Ghost is, and what kind of performances can sit within the Pepper’s Ghost. We invited the artists to test ideas and by the end of our workshops, we had about 40 works, and we were able to record about 15 of those works for an online program,” said Phala.

Phala goes on to explain why they chose Kafka’s work and the 3 short stories of one of the authors who shaped or influenced 20th-century literature and what some of these stories mean or symbolise.

Phala said, “One of the things that is beautiful about understanding Kafka is that he is very relatable when it comes to the manner in which he evokes the simple thing of the animal and the strangeness that comes with his text.

“Magical and realistic animals pop up on every page that Kafka writes. And it’s something that relates in an african sense to ‘inganekwane’, where you have animals speaking – it deals with the relationship and the boundaries between men and animals.”

“His work is friendly to performativity and can be accessed by the young and old.”

Phala has been working on Kafka’s work. His stage adaptation of the author’s short story, ‘A report to an Academy’ titled Kafka’s Ape is enough evidence.

Phala said, “Kafka’s ape is an animal that has evolved in a short space of time after being captured by human beings and it speaks back to human violence against animals. In a very intelligent way, you can see how he was using the narrative with animals to reflect what we do to each other, what we do to other people.”

Due to the COVID pandemic, everyone is rethinking their lifestyle, rethinking how they do business, and finding more creative ways to work, to survive – because of this, the centre will be showcasing a selection of season 7 through live streaming. Phala says digital is no stranger to them at the centre.

“For us at the centre, everything that we do is recorded. We didn’t start recording shows during the online moment, that’s why it was easier for us to immediately know that when corona came, we could do that.

“What we haven’t been doing a lot of is online streaming of a live show because it requires a certain kind of equipment and persons to do. We have played around with augmented reality, we have played with 360 films. We have always embraced technology as performance has done over the years,” he said.

So far, the centre has released an online premiere of sound imprints through the Academy for the Less Good Idea. Some of the creatives working on these sounds include actor and theatre-maker, Nyakallo Motloung, seasonal trombonist and composer Dan Selsick, Singer, actor and dancer Moleboneng Phiri, Sello Ramolahloane and many more.

“Sound Imprints are coming out of Happenstance. Happenstance was a process where we had Shane Cooper mentoring 3 live mentees. Then we had about 5 more mentees online. We took the 3 mentees who were living with Shane. When he was doing the recordings and building Happenstance, that was part of their learning from Shane. Sound Imprints is basically the mentees testing the ideas that they have learnt from their mentor Shane Cooper,” said Phala.

The programme schedule is as follows:

All Programme 1 events can be accessed for an evening pass of R 120.

All Programme 2 events can be accessed for an evening pass of R 120.

The streamed event will be available to view for free online via the Centre’s YouTube
channel at no extra cost.

Booking to attend the event in person is mandatory. Capacity is limited due to
Covid-19 protocols. Regrettably, no wheelchair access is available at the venue as yet.

Sound Imprints online Premiere is available on The Centre for the Less Good Idea YouTube page.

Introducing The House of BNG Nectar

Rouge is back with iconic bars on her latest single 'W.A.G.'

5 Feel-good hacks on a budget