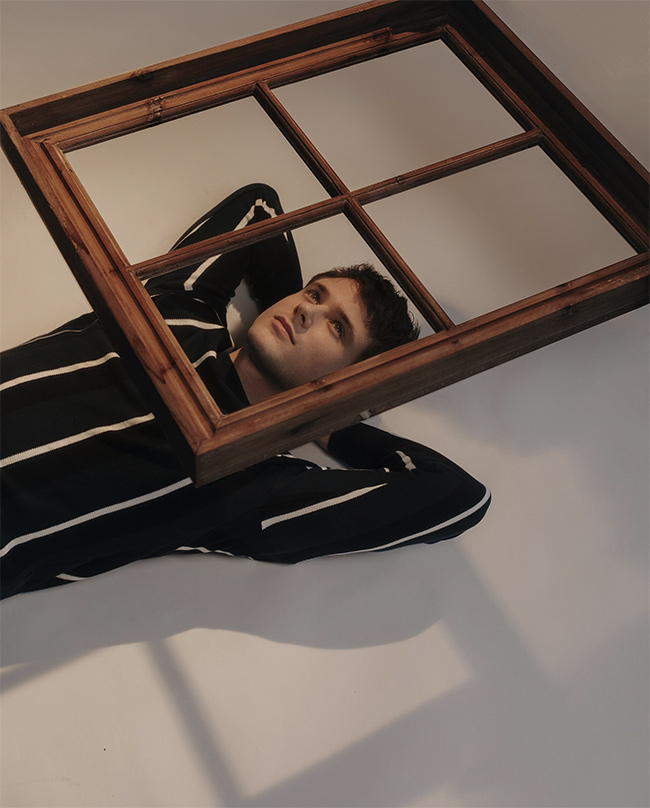 “Instead of telling stories, I took a look at myself. I thought about how I feel inside of my head. The songs are more on-the-nose. You’ll know what I’m thinking,” says Alec of the record. “There was stress. There was pressure. I thought about giving up. I didn’t stop though. I’m glad I didn’t. I knew the message was too important to me.”

With the current single “Oh My God” now officially charting at Top 40 Radio, the prolific singer/songwriter is on an upward trajectory. Amassing over 2 billion streams worldwide, the critically acclaimed artist is hailed “A Story Teller for the Next Generation,” by TIME Magazine. VMAN notes, “His effortless articulation of his personal experiences and the dexterity with which he weaves those anecdotes into universal narratives makes him a standout star.”

In addition to love from fans and critics, Benjamin has garnered an immense amount of support from other acclaimed musicians and friends, including Billie Eilish, Bryson Tiller, Kevin Abstract, one of his biggest idols John Mayer and more. Over the past year, the celebrated live performer has travelled the world on tour selling out his biggest venues to date including massive headline shows across North America, Europe and Asia. Benjamin’s new era of music follows his internationally acclaimed debut mixtape NARRATED FOR YOU, which has garnered over one million worldwide sales, and included critically acclaimed RIAA 2x platinum certified smash single “Let Me Down Slowly.” The hit launched