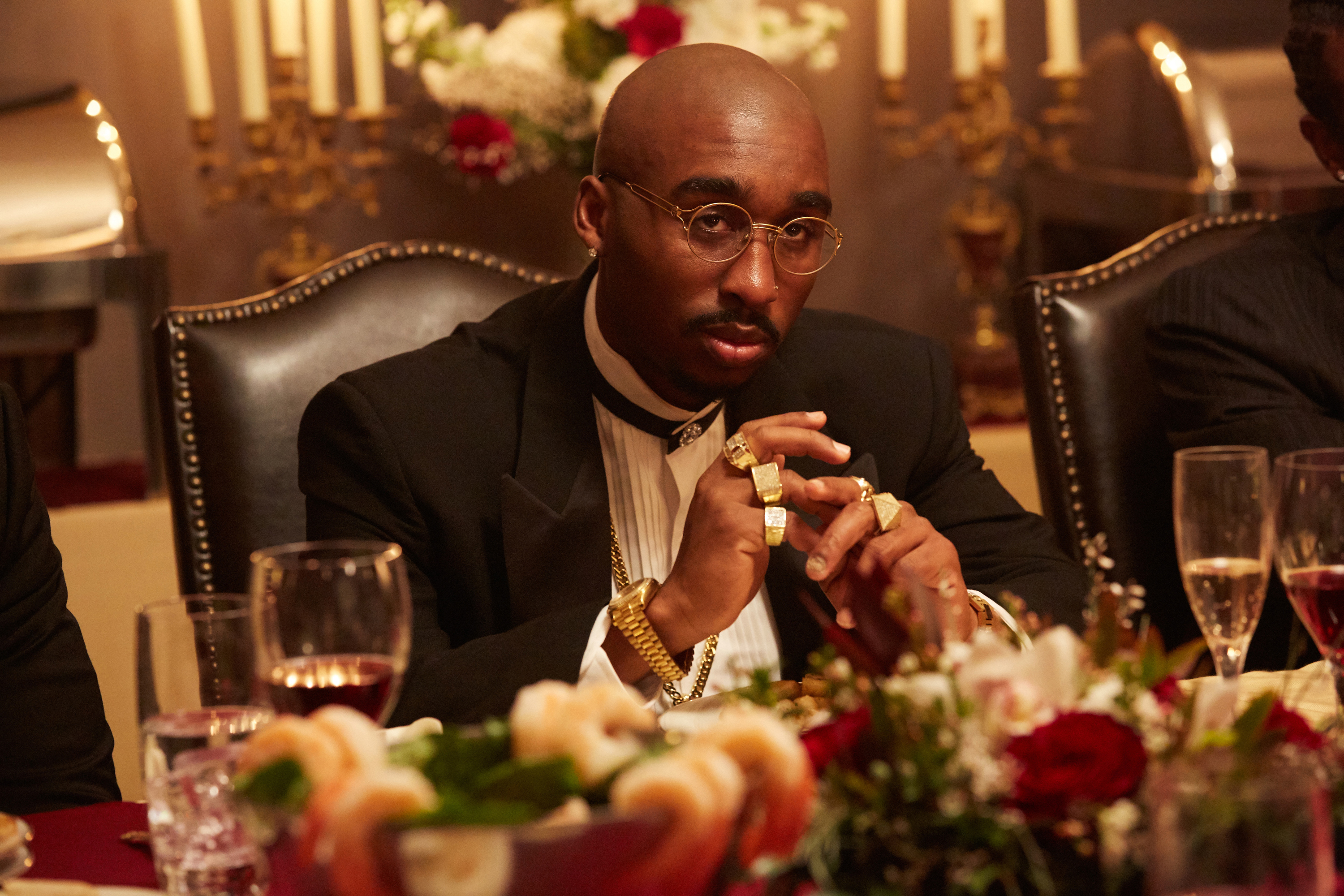 The world’s eyes are all gazing at the silver screen for the much-anticipated Hip-Hop biopic since “Straight Outta Compton”. Will it be enjoyed? Probably not so much by the true Makaveli heads.

All Eyes On Me is the dramatisation of Tupac Amaru Shakur’s legendary life. Famously known as 2Pac, Makaveli, and Pac; this movie depicts the life and times of the man that was thought to be larger than life. From his mother’s womb to his fatal notorious (no pun intended) death- expect to see less than a fraction of what this man truly was (and quite frankly still is).

Directed by a film and music video director- Benny Boom and written by Jeremy Haft, Steven Bagatourian and Eddie Gonzalez (VIII). These are the men that take us on a journey that should have been the best of our time. Demetrius Shipp, Jr. as an uncanny image of Pac; Danai Guria as Afeni Shakur; and Dominic L. Santana as Suge Knight; do delve deep into their characters as they give us a heartfelt and passionate performance.

Set against the backdrop of New York, Baltimore but primarily California and Las Vegas; you will get a sense of the black men’s struggle from 1971 all the way to 1996. All Eyes On Me has most of the ingredients to be one of the greatest biopics of our generation. But for some odd reason- it just doesn’t add up. The movie for one is very disjointed, with our moviemakers decided which prominent moments, of one of the world’s favourite rappers, to place next to which. There isn’t a smooth organic flow throughout the movie. It feels like it’s all being rushed to the infamous scene where he gets shot on the strip. If you don’t know the actual history- then you are left out of the loop on a lot of things. If you do know the history, then get ready to have too many “huh?” moments.

Kat Graham as Jada Pinkett in a scene before 2Pac left for California. IMAGE CREDIT: Disney

All Eyes On Me was supposed to be the telling of the foetus turned legend. The telling of how much the Black Panthers had an influence on an extremely intelligent man. A man who was a rapper last but an intellect, activist, poet, humanitarian, and an intense talented artist with a big personality, who took all forms of his art extremely seriously. Tupac Amaru Shakur was an intent storyteller. Stories that unfortunately still ring true to today through the vibrato of his music. If anything, he deserved a narrator who is as good- if not better than him.

Don’t go into the theatre thinking you are going to watch a historically correct account of a man that turned into a god. Yes, there are some parts that are extremely embellished. Do I get this? Yes and No. Yes because it is a movie after all, and no because it is a movie about Tupac Amaru Shakur. The whole man’s life was a dramatic theatre production, which if told as it was would have sufficed for all of us.

“All Eyes On Me” is due to release at all Ster-Kinekor sites countrywide on the 30th of June 2017. If you are a fan of Pac, Biggie, Snoop, Dre, Hip-Hop, or just music in general- then you should definitely go see it. Keep in mind that I am only suggesting this because I know you want to see it anyway- not because it’s the greatest or anything crazy like that.

The New Actor: A Masterclass from Actor Spaces and Ster-Kinekor

The god of Rock'n'Roll

The final war for the Planet of the Apes