Win! 5 Double tickets up for grabs to go rub shoulders with the stars at the movie premiere of Uncovered! 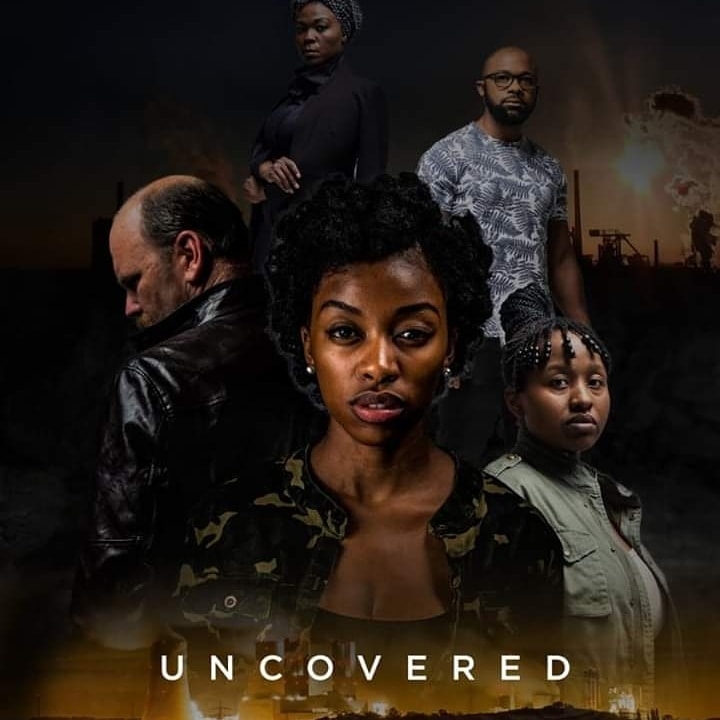 The story follows Aluta (Nqobile Khumalo) – an ambitious and determined young lady who is seeking the kind of success that only corporate can bring. Having big dreams of being a CEO of a mining company, she would have never thought her life would do a 360. Dodging bullets just to seek justice for her and her family was not part of her plan.

Shot predominately in Newcastle, KwaZulu-Natal, Uncovered is well-draped with the backdrop of a coal-mine community that is on the brink of collapse. Governed by unscrupulous businessmen and officials who would do anything to cover-up the truth, Uncovered gives an uncomfortable reflection that is all too familiar. Full of twists and turns, there are way too many “Oh” moments to count as Nodada forces introspection and gives a precise image and understanding of current affairs.

Nqobile Khumalo, Aluta, is truly the star of this action movie. Her character evolves from naive and uninvolved to being in the eye of the storm. She transforms steadily and easily as the story progresses with good form over her emotions and movement. Baring her soul makes it easier to go through the motions with her and believe the authenticity of the character.

Emotionally charged, Uncovered is executed by the best in the business. The acting is stellar all across the board, and the action scenes were well choreographed. The motion picture possesses a great deal of symbolism. Paired with the cinematography, it paints obvious pictures out in bold unnecessarily. This could have been done without and could have benefited the film more if it were subtle and not thrust in our face.

Nodada brings the current state of South Africa forth with a 20/20 vision of the past that eloquently explains why we are where we are. On a silver platter with a dash of humour and lime – it can be a hard shot to swallow. Being the most relevant movie on the circuit right now, Nodada seamlessly directs the flow of events, picking up the pace and slowing them down just before we lose our minds. This visionary director knows how to captivate an audience, as he had the theatre on the edge of their seats clutching their invisible damn pearls.

The film is a need to watch – especially for those asking themselves what the big deal is because things seem perfect in their corner of the world. Not only is it entertaining, but a rude awakening.

Catch Uncovered at your nearest Ster-Kinekor on the 30th of August and support our local film industry.

Win double tickets to the premiere of Uncovered

To stand a chance to win the ultimate glam night out where you will be mingling with the stars, all you have to do is follow Just Trimmings’ Instagram page, like and tag your ultimate partner in crime in this here post.

Uncovered will be showing exclusively at Ster-Kinekor Cinemas.

Life with Kelly Khumalo is back!

Women’s Health Fit Night Out is coming back to Jozi!