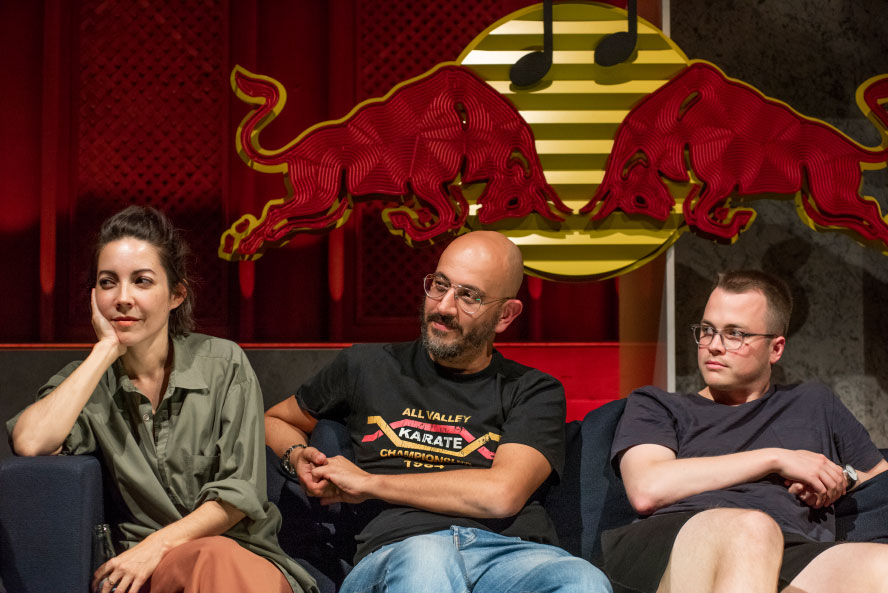 Over the last two decades, the Red Bull Music Academy has touched down in cities across the globe, including:

The Red Bull Music Academy is taking place in Berlin this year, returning to the city where the Academy began for our 20th anniversary edition. Taking place from September 8th to October 12th, this year’s Academy will be headquartered at the Funkhaus, a historic recording studio complex in East Berlin and one of the largest in the world.
Every Academy is a world of its own, offering new insights and perspectives on sound. This year, 61 up-and-coming musicians from 37 different countries will come together in the German capital to hear lectures from artists who have shaped music history, exchange knowledge in all-night studio sessions, and collaborate with their peers from around the globe. At the same time, Red Bull Music programs a month-long festival of public concerts and club nights across the city.

Find the complete program at berlin.redbullmusicacademy.com.

The Academy’s editorial platforms will also be firing on all cylinders over five weeks. Every day:

Broadcasting live from a custom-built studio in the heart of the iconic Funkhaus complex, Red Bull Radio will bring some of its most popular shows to Berlin, celebrating RBMA’s 20th anniversary with a month-long program of in-depth interviews, special guests, and unique stories that shaped the city’s music culture past and present, while also capturing the best moments from Red Bull Music Festival Berlin.

Diplo, Elderbrook & Andhim collaborate on new track One by One