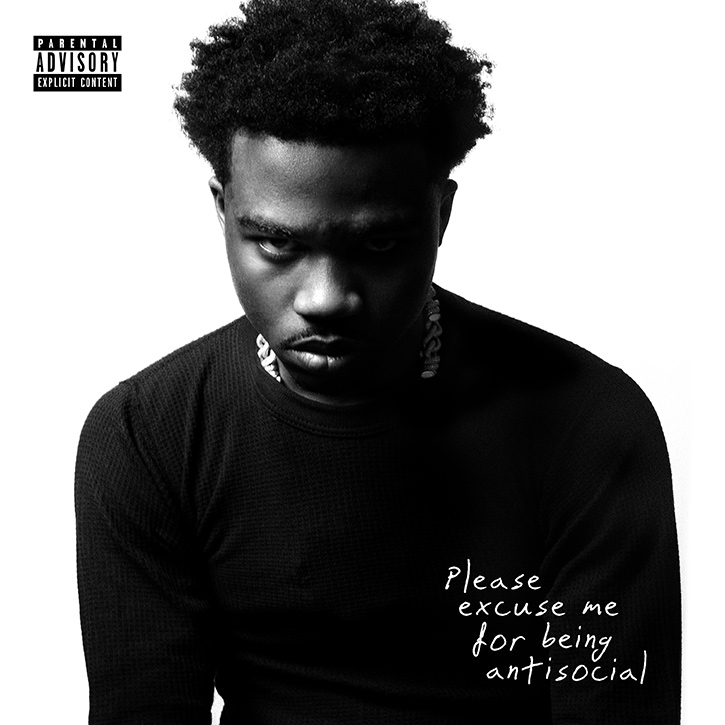 GRAMMY® Award-winning and 3x GRAMMY® Award-nominated rapper Roddy Ricch unveiled today the companion visual to his chart-dominating breakout track The Box. The highly cinematic official video, co-directed by Christian Breslauer and Roddy Ricch, arrives on the single’s 7th non-consecutive week at #1 on the Billboard’s Hot 100. The Compton rapper also launched his home décor company this week – Ricch Essentials. The line’s debut item, the ‘Bitch Don’t Wear No Shoes In My House” welcome mat,’ is now available for pre-order. Watch “The Box” and Please Excuse Me For Being Antisocial available now to stream/download.

“The Box” continues to crown the Hot R&B/Hip-Hop charts and Hot Rap Songs charts. Please Excuse Me for Being Antisocial also spent four non-consecutive weeks at #1 on the Billboard 200 albums chart; last artist to have four separate visits to No 1. On that chart was Taylor Swift’s 1989 in February 2015. He also made his debut late night performance on The Tonight Show Starring Jimmy Fallon with back to back performances of “The Box” and “Ballin,” where he brought out Mustard.

Roddy is the first rapper to have two weeks with concurrent #1’s as a lead artist on their first chart-toppers since Kanye West did it with “Gold Digger” and Late Registration in September 2005. With Please Excuse Me For Being Antisocial topping the Top 200 for a third week, Roddy is the first rapper to spend three weeks at #1 on their debut album since 50 Cent in 2003 with Get Rich Or Die Tryin. Roddy is the first hip-hop artist to have #1’s on the Top 200 and Hot 100 charts in the same week since Drake did in the week ending August 8th of 2018 with Scorpion and “In My Feelings.” He is the only artist besides Drake to have accomplished this feat in hip-hop in the last couple of years. Both Post Malone and Travis Scott both narrowly missed the achievement in 2018. PLEASE EXCUSE ME FOR BEING ANTISOCIAL is the first debut rap album to return to the number one spot on the US albums chart since The Game’s The Documentary fifteen years ago.

Ricch – who recently heralded PLEASE EXCUSE ME FOR BEING ANTISOCIAL with an incredible halftime performance at the Los Angeles Clippers’ victory over the Houston Rockets on November 22nd – is set to embark on his epic first-ever North American headline tour. The Antisocial Tour begins Saturday, December 28th at Los Angeles, CA’s world-famous Hollywood Palladium and then continues into February 2020. For complete details and ticket information, please visit Roddyricchofficial.com/tour.

Wise beyond his years, schooled in real-life struggles, and eloquently effective, Roddy Ricch clearly and concisely conveys truth by way of cinematic rhymes and catchy hooks. The self-proclaimed “illustrator of the streets” uploaded his first single, “Ricch N****” to SoundCloud in 2016 and immediately caught fire, generating more than 200,000 streams within two months. He followed up with his debut mixtape, FEED THA STREETS. The project includes the breakthrough hit single, “Fucc It Up,” accompanied by a smash companion video, now boasting close to 30 million individual views via Roddy Ricch’s official YouTube channel.

As if all that weren’t enough, Ricch teamed with Marshmello for 2018’s worldwide hit single, “Project Dreams,” joined by an official video currently with over 61 million YouTube views. More recently, Roddy teamed with Mustard for the GRAMMY® Award-nominated smash, “Ballin’ (Feat. Roddy Ricch),” joined by a companion visual boasting over 34 million views. In addition, Roddy went in-depth on “Ballin” in an exclusive instalment of Genius’ “Verified,” streaming.

PLEASE EXCUSE ME FOR BEING ANTISOCIAL

Global Citizen Festival: what you need to know