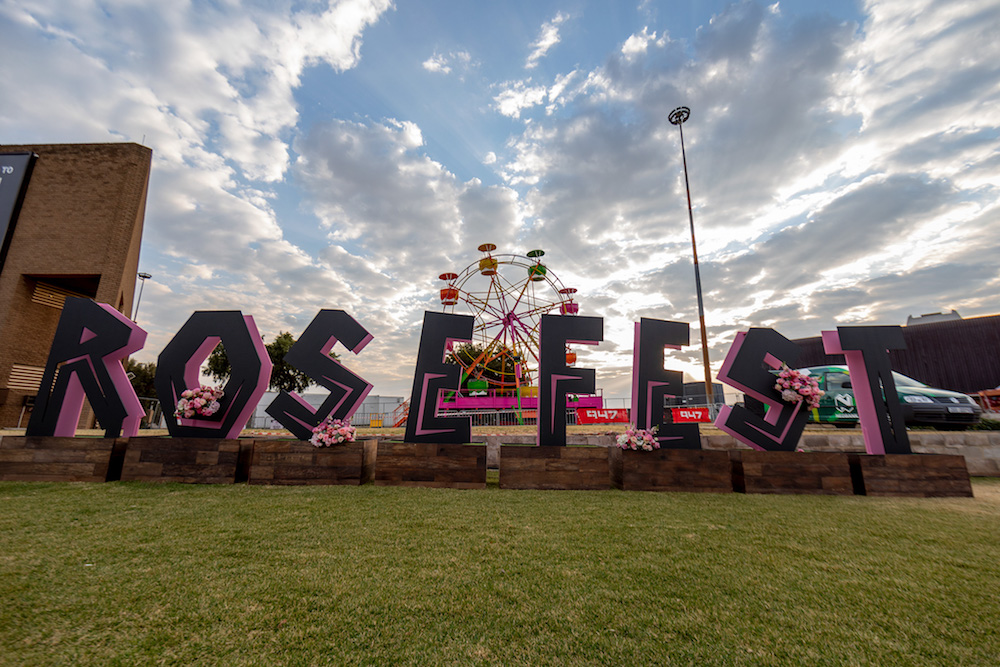 Shekhinah has successfully pulled off her very first festival, as thousands of fans flooded Nasrec Expo in Johannesburg to support her dream on Women’s Day.

The all-female line-up event hosted by TV Personality Nomalanga Shozi and MTV Base Presenter Kim Jayde displayed a true definition of women empowerment as all artists praised Shekhinah for the success of the event and delivered outstanding performances.

The organisers of Rosefest Festival of Fantasy went all out in making sure the safety of the attendees was of utmost importance. With a designated Uber pick-up/drop-off point, private parking and artist parking all being surrounded by security personnel and an emergency stand for medical attention.

Attendees were spoilt for choice with stands serving a variety of food and a few bars serving beverages that ranged from light drinks to heavy spirits.

The RoseFest started at 2 pm with Rowlene opening the show with Nasty C’s Phases – a song she features on. She soon grabbed the attention of the crowd with her vocals. She also performed for the first time, the 1st track that will be on her upcoming album.

The performers had a lot in store for the audience, as singer Moonchild Sanelly dropped a new hit single called Dlala on the day of the event and we got to see it performed first hand at RoseFest. Keeping true to her personality, Moonchild boldly went off stage and danced her way to the crowd with the famous iWalk Ye Phara song.

Continuing the festivities with the colourful roses and carnations used to adorn the setup, Sho Majozi rocked the stage with her dancers in her bright tinguvu. Performing some of her hottest songs while doing her Xibelani dance with the crowd.

As good as the music festival was, not everyone was happy as fans of DJ Zinhle were disappointed that she came in late for her set. That was until she got her hands on the DJ deck, opening her set with Colours ft Tamara Dey, and soon won the hearts of everyone as they let loose and started dancing to the beat.

The crowd also got to share an emotional moment with Busiswa and Moonchild Sanelly as Busiswa showed her appreciation to Moonchild Sanelly – her best friend of 11-years. She surprised her with a portrait of herself made by a brilliant female artist by the name of Nomonde Fihla. “We have shared a floor together, sleeping on the floor and on couches”, said Busiswa as she shared some of the moments they have had together. The gift was to show appreciation to the women in her life.

And last but not least, the lady of the moment Shekinah closed the show. Everyone was lost in the smoothness of her voice. So much so that the cold weather and time of night was forgotten.

If you missed this rendition of Rosefest Festival of Fantasy, be sure to catch the one in Durban on the 12th of October at the Kings Park Stadium.