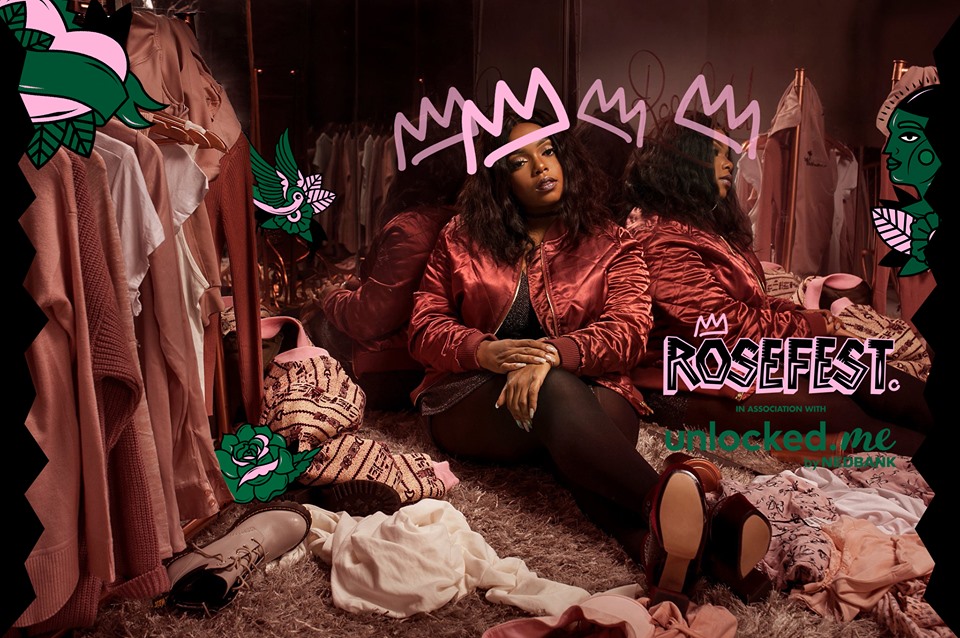 This year’s Women’s Day will be a special one as it’ll see the inception of songstress Shekhinah’s very own music festival – Rosefest Festival of Fantasy.

Taking place on 9 August at Nasrec Expo, Johannesburg, and 12 October at Kings Park Stadium Outer Fields, Durban, the festival will see an all-female lineup including:

In collaboration with Unlocked.me by Nedbank, which aims to unlock potential, money and lifestyle for youth aged 16 – 26 by offering affordable banking and career advice, Shekhinah hopes to uplift and empower women while looking at providing a work environment where you are not bound by your gender. “I wanted to create an experience where females take charge and do it for themselves without males,” she expressed with pride.

Daring singer Moonchild Sanelly joined the panel at the media launch. She shares the same sentiments as Shekhinah as she told the audience that she is all about women power and that women do not need the approval of their male counterpart.

These young female celebrities are changing the landscape of the entertainment industry as we know it. Not only are they owning their crowns and empowering each other, but they are also claiming financial independence by being even more responsible for their own money. What could be the best part about this initiative is that the conversation about money – and women in money – has been kicked off to a fabulous start with a festival and all!

The Back To The Beach singer expressed that she would have liked to host an event in Cape Town as well, but due to financial constraints, she could not have a festival in the Mother City as well.

Tickets are available for R240 for the Joburg leg and R180 for the Durban show, both options available for purchase on Webticket and at your local Pick ‘n Pay store.