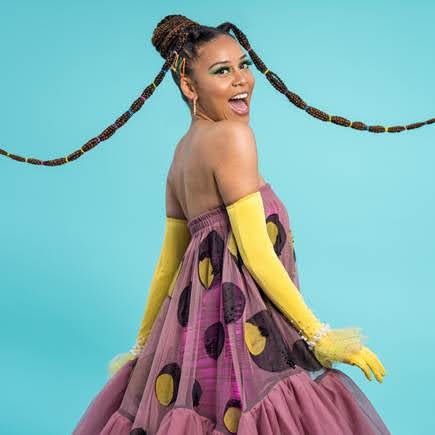 Throughout history, Black artists have innovated and influenced virtually every genre of music in immeasurable ways. To both celebrate and nurture Black artistry around the world, YouTube developed the #YouTubeBlack Voices grant program – an initiative dedicated to equipping up-and-coming Black creators and artists with the resources to succeed on their platform. This grant program is part of their larger #YouTubeBlack Voices Fund, a global, multi-year commitment to uplift and grow Black creators and artists on their platform, as well as to produce and acquire new YouTube Original programs, focusing on racial justice and the Black experience.

Today, we’re proud to announce that Sho Madjozi was selected to be part of the 21 artists joining the #YouTubeBlack Voices Class of 2021. These artists and groups, from the United States, Kenya, Brazil, Australia, South Africa and Nigeria span generations and sounds. Whether drawing inspiration from R&B, reggaeton, emo, afro beats, rap, punk, country, funk, or spaces beyond, their work expresses the power of their vision and their passion for pushing their communities and music forward.

The Artist Class of 2021 will receive dedicated partner support from YouTube, seed funding invested in the development of their channels. They will also participate in training and networking programs focused on production, fan engagement and wellbeing.

“My music is loud. It sounds current, it sounds urgent. Ultimately, it’s a screenshot of life as a young African woman. Whether it’s asserting my independence, whether it’s talking about love; or lost love. I want to be remembered as someone who made it cool to be African and cool to be yourself, someone that presented new ways or different ways of being at this time. More than anything, I want a more equal future, where the colour of your skin or the village you happen to be born in does not have a significant impact on how far you can go,” said Sho Madjozi.

Sho Madjozi joins the following artists in the inaugural #YouTubeBlackVoices Artist Class of 2021:

Darque releases his third body of work titled Must Be Africa