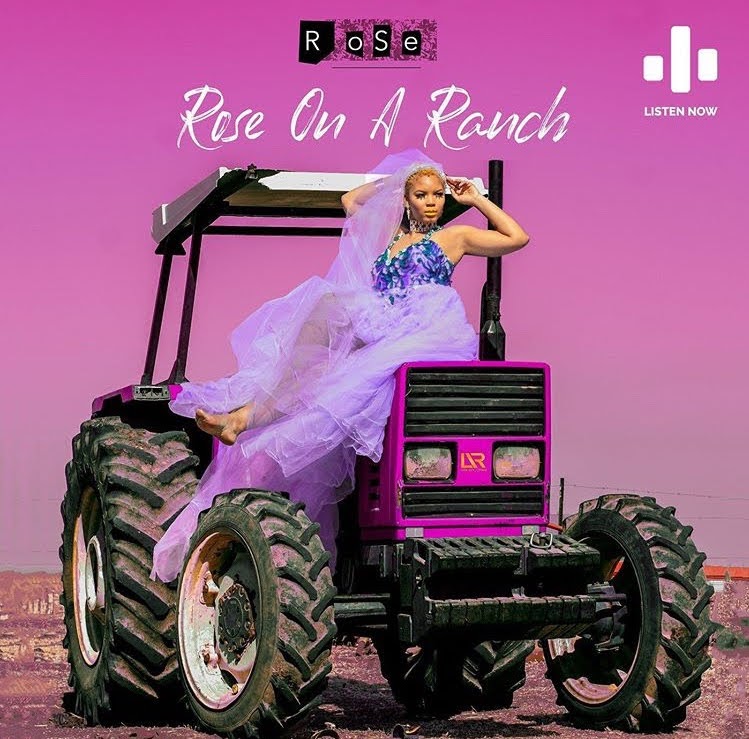 Just as the month of spring began, which saw fresh buds bloom, singer and songwriter Rose Nkau released her début album – Rose on A Ranch. It’s a fresh breeze of house music, with afro drums and an electro sound intended to make you dance from the first track to the last.

Rose said, “I was thinking about how I can get myself out there where people will be able to see me and see who Rose really is. Rose on A Ranch is me paying appreciation to my rural background. The way I grew up and where I grew up – in a village. It’s also a ranch and there are so many memories from there. My writing is inspired by those memories and how I grew up.”

The song that saw Rose get a taste of fame is a rendition she did of Bob Marley’s Redemption Song. A song she did with a Rustenburg Afrohouse band – Soulmajestik – it’s the song that got her noticed and signed by DJ & Producer, Prince Kaybee in 2017. Rose recalls getting a call from the Gugulethu hitmaker and thinking it was a prank.

“Soulmajestik submitted a demo to Prince Kaybee. I didn’t know about it until Kaybee called me. I thought I was being pranked. He said he heard my song and thought it was beautiful. He asked if I would be interested to work with him or sign under his record label and I agreed to both. He set up a meeting and explained to me that he started a record label to help upcoming artists to be introduced into the bigger music market and I thought it was a great initiative. We started recording in 2017 and I completed my album in 2020 during the lockdown. I am honoured to be signed to Low Key Records”.

Rose released her hit single Take It All in 2019 followed by Morena, which took her to the centre stage. Her latest single, The End, is a song she explains she wrote for her mother. Things have not been easy for Rose; she explains that this caused her mom to fall into a mild depression. She later sat her mother down and explained how things work in her career and her mum is now her self-appointed marketing person for Rose on A Ranch.

On the album, track 3 is titled Ubusy. Recorded in IsiZulu, a language she does not speak nor write, she wanted to try something different that her fans wouldn’t expect but would still love. And she absolutely nailed it – it’s a banger.

For a new artist, it’s pleasantly surprising that Rose has no feature on her first album. Although the album was produced by Prince Kaybee with the help of Afro Brothers (who are also a part of Prince Kaybee’s record label) and DJ Thukzin who helped produce her 6th track titled Hey Darling, it’s a solo album.

“I absolutely have no feature because I wanted to see if I could do this by myself and be able to get myself out there and for people to see that I am capable of doing all of these things and not relying on others being in my album and being hyped. I want to see how far I can go with this album without any features,” she says.

Rose intends to pass on a strong message with her album. A message about hope against all adversities.

“It’s all about gaining and attaining your power, using it to inform other people that are from the same situation or background as you. Knowing that I am from a village and I didn’t have a lot of opportunities, I had to work extra hard if I wanted to get my music across. So with this album, I just wanted to show people that even though you are from a disadvantaged environment or background it doesn’t mean you should succumb to it forever.”

Rose is currently focusing her attention on marketing and selling her album. She will be back in the studio for her next project soon and she is promising us something different.

“I am focusing on marketing my album, and also trying to shoot a music video. I am trying to find what the next single will be. But after that, I am going to be working on my new project, which will be next year 2021. I am so excited because this time I am going to do something different from what I did with this album. It’s an adventure I am really excited about. I really want to see how my idea will come about in the next project.”

If you didn’t know, Rose is part of the B-Hive. Beyoncé is the one artist she dreams of opening or sharing a stage with.

“I feel B is one of the people that have fully explored themselves and already know who they are and what kind of music they want to share with the world. From hearing the name Beyoncé, you already know who B is; she has so many brands connected to her name. She inspires me a lot because I want to be like her one day.”

Rose on A Ranch is available on all digital platforms.

Five make up trends to have fun with this summer