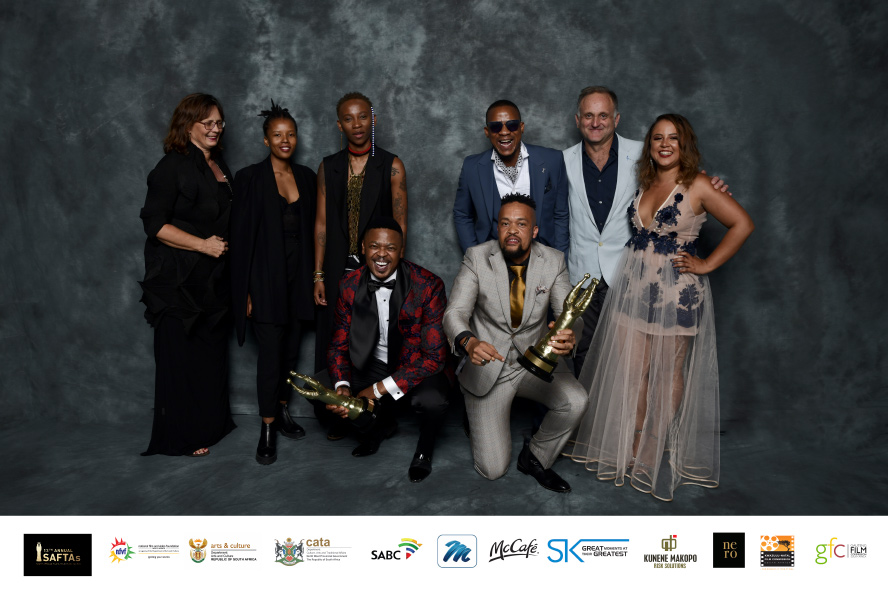 A host of film and television personalities took to the red carpet this past Saturday, for the 13th edition of the South African Film and Television Awards (SAFTAs) in Sun City. Among the winners honoured this year was Layla Swart, who has been crowned the SAFTAs Youth Achiever for 2019. The Youth Achiever Award is once again sponsored by Ster-Kinekor.

“Achiever” is an excellent description for Swart.  Having earned a postgraduate degree in Film Theory and Practice from the University of Cape Town in 2009, she has gone on to rack up a phenomenal number of achievements in both film and theatre, including establishing her own production house named Yellowbone Entertainment.

Early in her career she worked as an assistant editor on Akin Omotoso’s Man on Ground; Carey McKenzie’s Cold Harbour and Ntshavheni wa Luruli’s Elewani; and then as senior film editor on Maynard Kraak’s ‘Vrou Soek Boer‘ and ‘Knysna‘, Rehad Desai’s The Weather Gods and Strokes of Grace. She also served as researcher on Born Free Media’s Letter to Mandela, post-production supervisor for When We Were Black, and senior editor and post production supervisor on Fireworx Media’s eTV series Hustle.

In 2014 she worked as a coordinator on the Advantage Entertainment /ABC series Of Kings and Prophets; the award-winning Moonlighting/HBO series The Young Pope; as well as coordinator for Monkey Films on a series of high-end commercials.

She has produced and edited three films for her own company: Xhosa Sci-Fi Stillborn; followed by Sew the Winter to my Skin, which was chosen to represent South Africa in the Best Foreign Language Film Category of the Academy Awards 2019 – among many other achievements; and most recently, boxing FilmKnuckle City. Her next film Valedictory is scheduled for production in April 2019.

In 2018, she was awarded the CineFam award at the Durban Film Mart for Canadian drama series The Summit Club. She was also selected as the sole representative of the Film and Creative Industries Sector at the 2018 President’s South Africa Investment Conference. The Callsheet has declared her one of South Africa’s Film Heroes.

The 2019 Youth Achiever Award joins her list of accolades. Chief of Marketing and Sales for Ster-Kinekor, Motheo Matsau presented the statuette to Swart. He noted that Ster-Kinekor is a dedicated supporter of the burgeoning South African film industry, and is particularly enthusiastic about the development of young local talent.

“We’re very pleased to see Layla Swart receive this award, and will watch her future career with close interest, ” says Matsau. “We feel that supporting and encouraging the phenomenal talent evident among our youth is important, as growing the youth market is a critical part of our marketing strategy. It’s also a way of supporting the future of the local film and television industry.”

The Youth Achiever Award recognises a newcomer or young individual in the industry who has demonstrated excellence in their craft. It is one of three discretionary awards presented at the SAFTAs, following a call for nominations by the National Film and Video Foundation (NFVF). The winner is selected by a panel of judges comprising SAFTAs committee members, CCIFSA, SASFED, SABC, M-Net, eTV and StarSat, who collectively evaluate the nominees’ work and their contribution to the industry and its ongoing development.

“There’s no shortage of talented, hardworking youth who are working in the industry or who have something worthwhile to contribute if given the chance,” says Matsau. “The more we can support talented young people, put them in the spotlight and grow the market for their work, the brighter the future of South African film and television will be. Collaboration is key; all sectors of the industry can help in making this a reality. Sponsoring the SAFTAs Youth Achiever Award is just one way that Ster-Kinekor is playing a part.”

Level up your Fridays with MARTINI FIERO