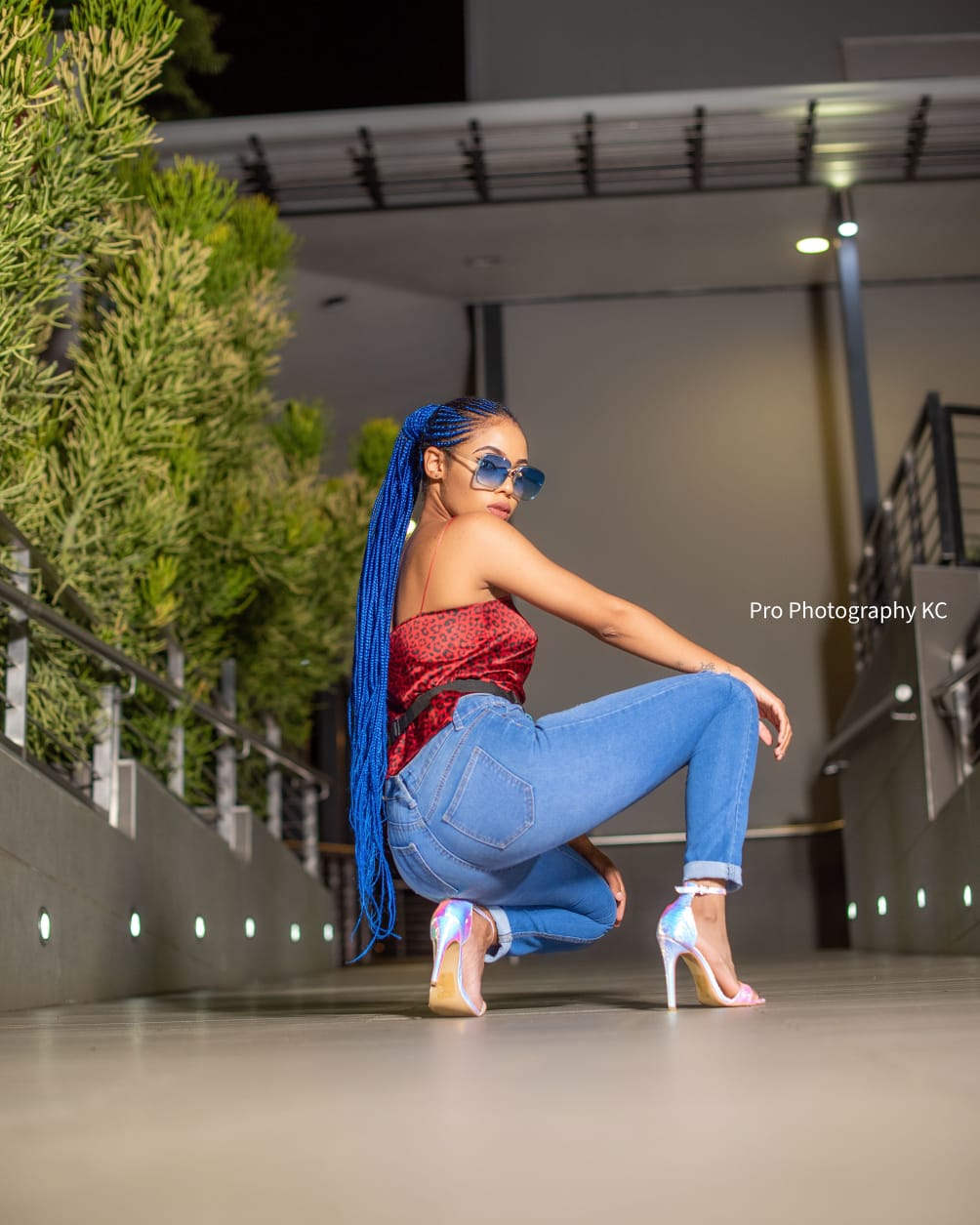 New kid on the block Nonofang “BluLyt” Disetlhe is solidifying her stance in the entertainment industry. In light of BluLyt’s remix of Gee Six Five’s Obani Lababantu, featured on a recently released tribute album honouring the late Gee Six Five with some of South Africa’s rising talent, we caught up with the talented dancer to hear all about her music career and how she’s making waves on her own.

Q. We’ve come to know you as a dancer, was it a natural progression for you to venture into music?

Yes, it was such a natural progression for me. Starting my career as a dancer paved my way as a performer. Having to make music that myself and the fans can dance to and enjoy. I’ve always been a dancer and not so much of a musician but having grown and realised that I can do everything that I set my mind to was a major factor in my life.

Q. Where most does your artistic strengths lie?

I am fortunate to be able to execute all my talents and excel in them all. Although it’s a learning curve, I’m happy with the pace and space I’m currently at. I can confidently say dancing, music and acting are atop of the list regarding my strengths as a performing artist. I’m a graduate in dramatic arts and passed with good grades year 2020 amid COVID-19 pandemic. My music career is picking up gradually through hard work. Having said that, my artistic achievements and strengths keep me longing for more.

Q. Let’s discuss your involvement in the ‘Gone but Not Forgotten’ EP. How important was is it for you to feature on the remix of ‘Obani Labanantu’ to honour the legacy of Gee Six Five?

Firstly I will start by saying RIP to uMama Gee Six Five. She was such an inspirational woman and that alone carries so much weight. I’m so privileged to be working with her son, who is as motivated to be working on his mom’s project. Assuring that her legacy continues and that she is never forgotten and that is where I come in to always be a vessel that’s going to make sure everything goes as her son’s wishes, thus my principal accomplishment.

Q. You’ve worked with some big names in South Africa’s music industry, including hit-maker Master KG and now feature on Gee Six Five’s tribute album. Which musicians would you like to collaborate with next?

I’d like to work with Focalistic, Mr JaziQ and DJ Maphorisa.

Q. With your artistic creation, how would you describe your creative process and the sound of your music?

My creative process all starts with the beat – the beat must have energy. I draw inspiration from it when I’m on stage performing. Lyrically, I write about my personal experience and most importantly, things that are fun such as nursery rhymes and games. A sound that is full of life, vibrant and catchy.

Q. When it comes to future accomplishments, what’s next for Blulyt? Being on the come up, what do you want your supporters to know about you?

I am working on my EP and will be featuring some amazing artists such as Mr Brown, Mapara Ajazz just to name a few. I’m super excited about my project and I can’t wait for my superstar supporters to hear what I’ve been up to. I’m here to stay and for those who do not know what Blulyt is about, they will know in due time.

While not well known to many, BluLyt is a triple threat with the type of determination that could catapult her ahead of the game among daily emerging artists.