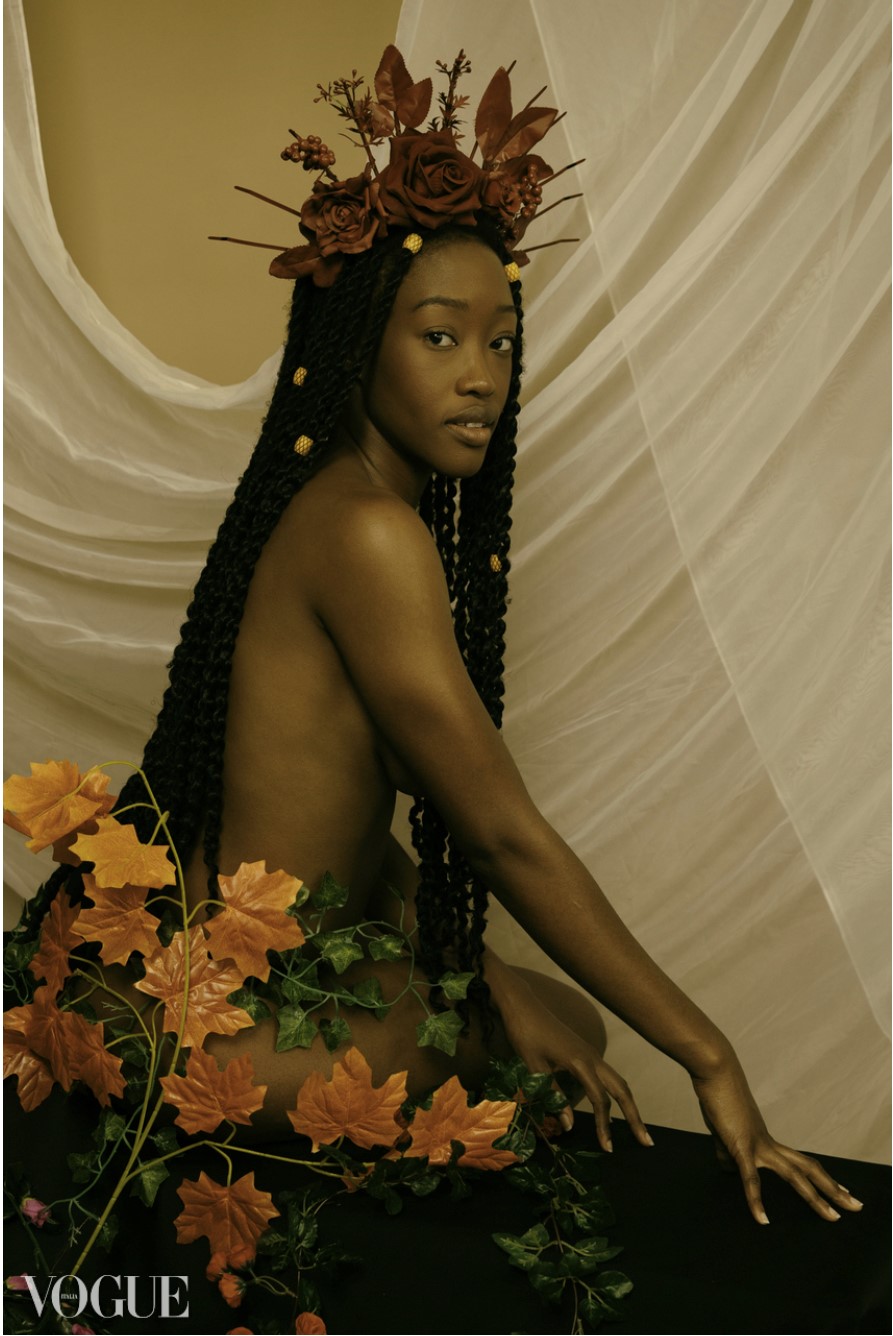 Chioma Umeala has proven that her talents go beyond our TV screens after sharing images of herself that were recently featured on the original Vogue, Vogue Italia.

The images, which she shared on her social media platforms, are from a photoshoot she did with multi-award-winning photographer Reze Bonna. His work is featured in several international publications including:

His works have been featured on:

Reze’s images are currently being exhibited in the Grammy Museum as a part of the African music section.

The photographs titled African Royalty proved to be a work of art, showing off Chioma’s bold, beautiful features and athletic body. In the second featured image shot alongside social media influencer Zanele Zimu, the two proudly embraced their bodies while posing like royalty, celebrating their unique shapes and sizes.

Having stolen the hearts of many in her role as Ayo, Chioma Umeala is an actress, aspiring filmmaker and producer who, through her talents and work ethic, is working her way up to becoming a household name in the international film industry.

Born and raised in Johannesburg, South Africa, Chioma Umeala is South African-Nigerian. This has allowed her to bring a unique look and a fresh, intercontinental perspective to the industry. She began acting in her high school years and has since gone on to pursue a career in the film industry, featuring in multiple projects.

“I’ve always been a creative. When I was in primary school I was always involved in events and programs and I see acting as an extension of that. I enjoy exploring different characters, playing different people and being able to step into different realities. But most importantly, what drives my passion for acting is storytelling,” she said.

Having trained at AFDA and the Indigo View Academy for Advanced Actors, Chioma made her film debut on a student film, Look Closer, which was released in 2017. Her stage debut at Joburg Theatre with the production Scenes in 2018. She has also been in national & continental commercial campaigns for big brands such as MTC Namibia and Dark and Lovely. Chioma has also appeared on three episodes of the American produced discussion show, The Grapevine, and played a supporting role in the to-be-released film, The First Last Tour. She has also appeared in various music videos, including South African Rapper & Hit-maker AKA’s Caiphus Song music video.

Moreover, Chioma has also had behind the scene experience having worked as an assistant to the Executive Producer on the hit show Real Housewives of Johannesburg (RHOJ). She has also worked on corporate productions under Megan Wilsons’ company, 360 Degrees.

Aside from acting, Chioma is a humanitarian at heart, passionate about social issues affecting women, children and people of colour. She also plays the piano, guitar, as well as percussion instruments. Chioma is also skilled in dance, martial arts and gymnastics.

Savanna breaks down what’s in a name with #MyFriendZone ad