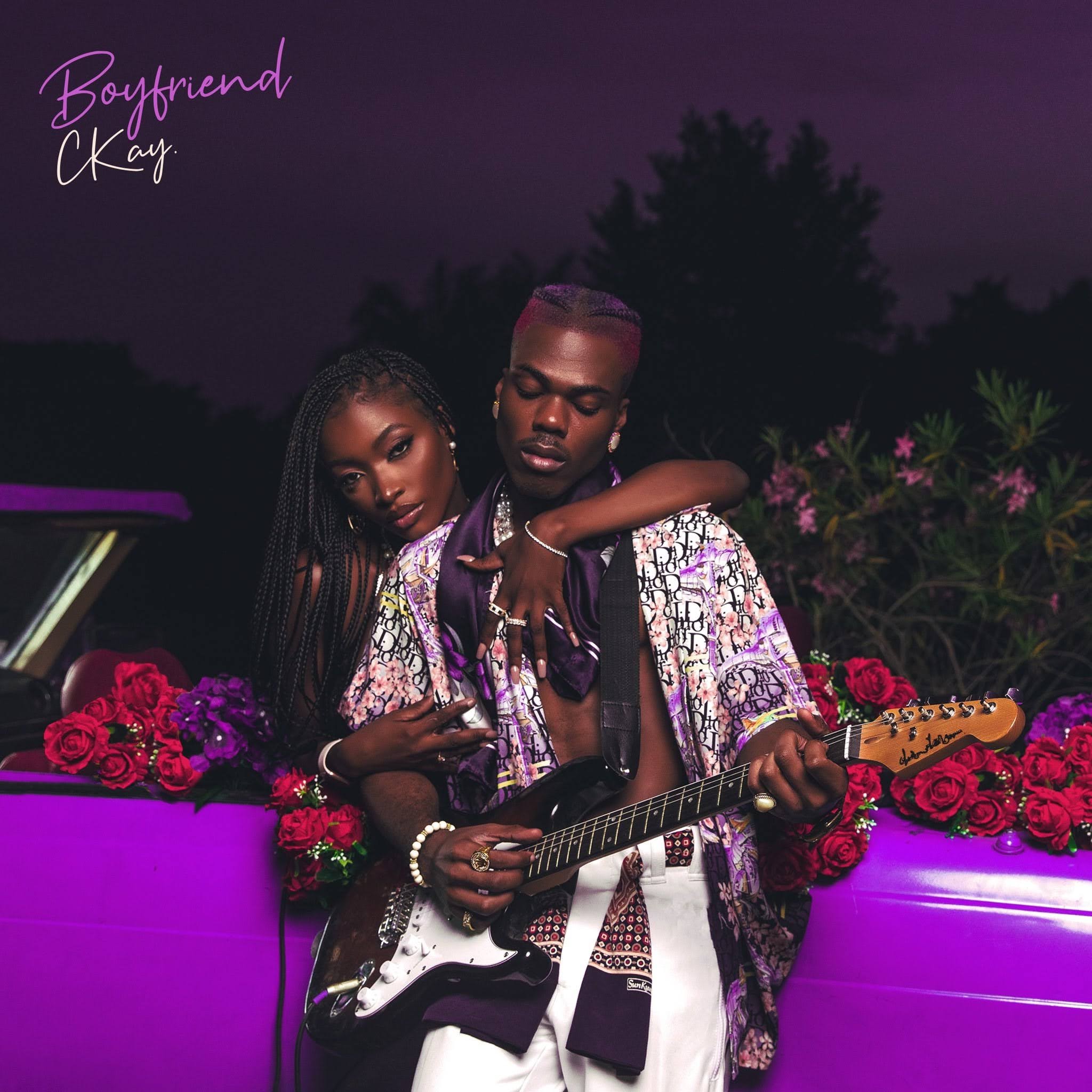 Multi-talented singer-songwriter and producer CKay shares his new ‘love’ themed project. He has aptly named it ‘Boyfriend’ – befitting to the current calendar month.

The 7-tracked body of work boasts a variety of featured artists across the globe including:

This drop follows the release of two earlier singles ‘Felony’ and ‘Kiss Me Like You Miss Me’ both featured on the EP.

Each song on the ‘Boyfriend‘ EP is inspired by various guitar genres and several stringed instruments. On every one of them, Ckay lets his romantic self-shine brighter than ever. His face lights up as he sings about his muse on ‘Isabella’ where he makes a plea to his love interest to take it easy on him on the subtly sexual and dreamy song ‘Jeje De Whine’.

With his EP fully packed with heart-melting songs, CKay is sure to carve out and claim the hearts of music lovers worldwide.

Chukwuka Ekweani, known as CKay, is the rising star in the ever-burgeoning Afrobeats scene. A multi-talented artist, whether behind the boards as a producer or in front of the mic performing his self-penned songs, it is CKay’s single-minded vision that shines through.

2019 saw the launch of his debut EP ‘CKay The First’ on which his future break-out hit ‘Love Nwantiti’ was the centrepiece. In 2020, that single featured on Diddy’s TeamLove.com Danceathon raising relief funds during the COVID-19 pandemic. Last year August saw him drop a series of remixes of ‘love nwantiti’ featuring friends from around the World – Elgrande Toto from Morocco, Franglish hailing from France and US Latin star De La Ghetto among them.