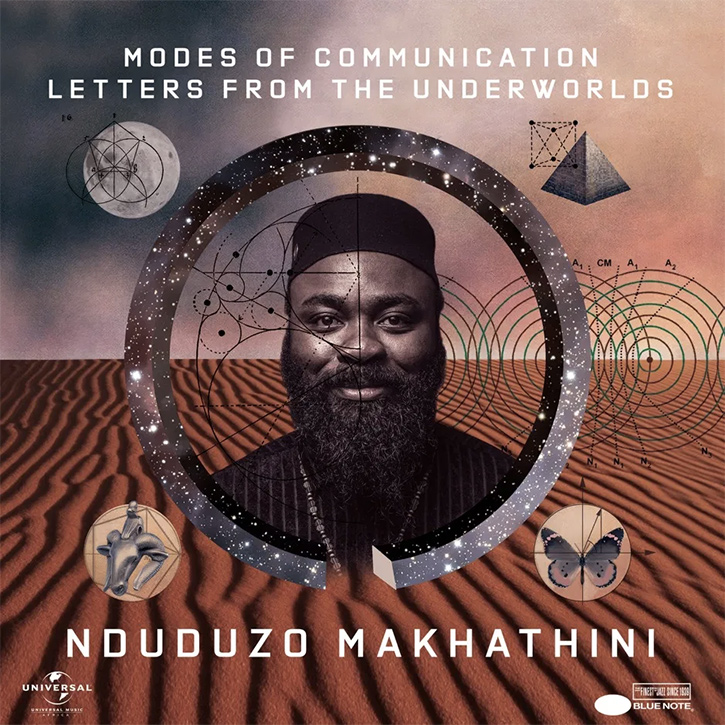 The visionary South African pianist, composer, and healer Nduduzo Makhathini has released his Blue Note Records debut Modes of Communication: Letters from the Underworlds. This is an expansive album anchored by Makhathini’s expressive piano in which lyrical, plaintive horns mingle with percussion, pained yelps and urgent lyrics.

In writing about Makhathini’s song “Indawu,” WBGO’s Nate Chinen noted that the piece “underscores Makhathini’s natural affinity for the spiritually charged modal jazz of the 1970s, and in particular McCoy Tyner’s albums from that era. Modes of Communication, the first Blue Note album by a South African artist, will no doubt put Makhathini on the radar of many jazz listeners worldwide. But his elite stature back home is already a settled fact.” Listen to Makhathini’s fascinating interview with Simon Rentner on WBGO The Checkout.

After experiencing Makhathini’s powerful set at NYC Winter Jazzfest in January, Stereogum jazz critic Phil Freeman wrote “He’s got an album coming out on Blue Note and I can’t wait for people to hear it, because it’s tremendous music. As a player and a composer, he sits right beside McCoy Tyner and Pharoah Sanders, playing a forceful but lyrical style of modal jazz that incorporates African rhythmic concepts… The pieces they performed had a swelling, passionate quality, exploratory but never losing an essential earthbound feeling. Makhathini is at the head of a small but powerful movement of young South African jazz players, and the higher his international profile rises, the better it will be for that country’s music scene and jazz as a whole. He’s a major talent.”