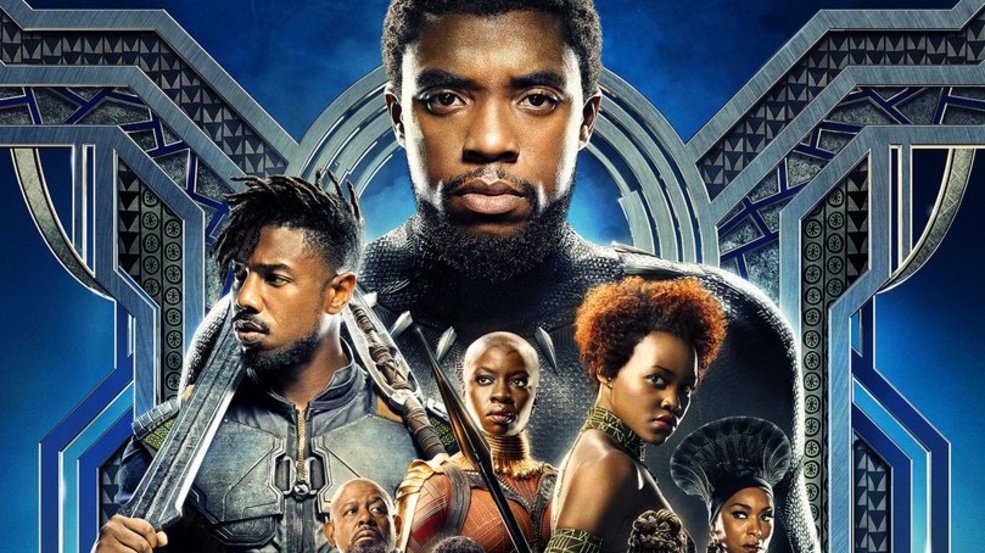 A proud 1st world nation that has its roots entrenched in East African Soil. Completely isolated from the rest of the world, it has technology and medicine that is light years ahead of any country. In Wakanda, the women are highly revered, with the king’s personal guard being a woman and general of the Dora Gurira- a female only fighting force; and the princess being the smartest person on Earth, who heads the technology department at the youthful age of 16.

Black Panther is the story of T’Challa (played by Chadwick Boseman), who after the death of his father King T’chaka (played by Dr John Kani and Atandwa Kani) comes back home to Wakanda to take his rightful place on the throne. Little does he know he will have to face a past and consequences of a decision he didn’t make in order to deal with family secrets that will put his life and the fate of his people in great peril.
Directed by Ryan Coogler, for Marvel Studios and rated PG-13, Black Panther also stars Michael B. Jordan as Erik Killmonger, Danai Gurira as Okoye, Lupita Nyong’o as Nakia, and Daniel Kaluuya as W’Kabi.

Michael B. Jordan as Erik Killmonger

This movie will move you. From the cinematography by Oscar-nominated Rachel Morrison. She seamlessly takes us on an expedition of the past, present and extraordinarily enchanting Afrofuturism that is Africa. Ludwig Göransson keeps us emotionally engaged with a score that is inspired by Africa and delivered by an orchestra that included a 92-piece orchestra and a 40-piece choir. The beats of the drums, and sounds of Babes Wodumo’s hit song “Wololo” will invoke both your ancestors and nighttime alter ego. Ruth E. Carter will have you inspired by her costumes that all have great detail, and will enhance each scene, essentially setting the tone in their own right. Calling your dressmaker just for two or five custom dresses and outfits that will not only scream out your African pride but will also be inherently unique just for you, will be an action you’ll want to do asap. Do some of the cast members struggle with some accents? Yes they do. But that is not a reason to ignore the bigger message that the movie conveys, and what it stands for.
The cold hard truth that it loudly speaks is not new, but refreshing given the platform it is given. It depicts quite a number of very strong narratives, with all of them striking a number of chords that ultimately genuinely made me despondent. The greatest advantage about this is that it will finally get us Africans to openly engaging in the main issues that are our downfall within our own community. It touches on tribalism; colonialism and its effects, but also African love; unity; respect; pride; tradition; beauty and intellect just to name a few (seriously I could go on forever).

Africans and those of African descent will relate to Black Panther. You will (finally?) be able to see the beauty that not only you possess; but that your brothers, sisters, mothers, and fathers also own in their own distinctive way. And there is absolutely no need to hate on them or yourselves for that.

Black Panther has already obliterated box office records with ticket sales estimated to reach well over $361 million (yes ladies and gentlemen, that is an overflow of R4 billion). Naturally, this truly does dispel that awful myth that African (honestly I am really over the use of the word black to refer to an entire race of people) movies do not sell or that they don’t
travel well.

This is the one for the history books. Be sure to be on the right side of it by doing best and going out to (preferably) an African owned cinema near you, getting the best ticket and seat in the movie theater, and watching Black Panther! Dress up, don’t dress up- just go see it because we all need to go see it especially on the big screen.