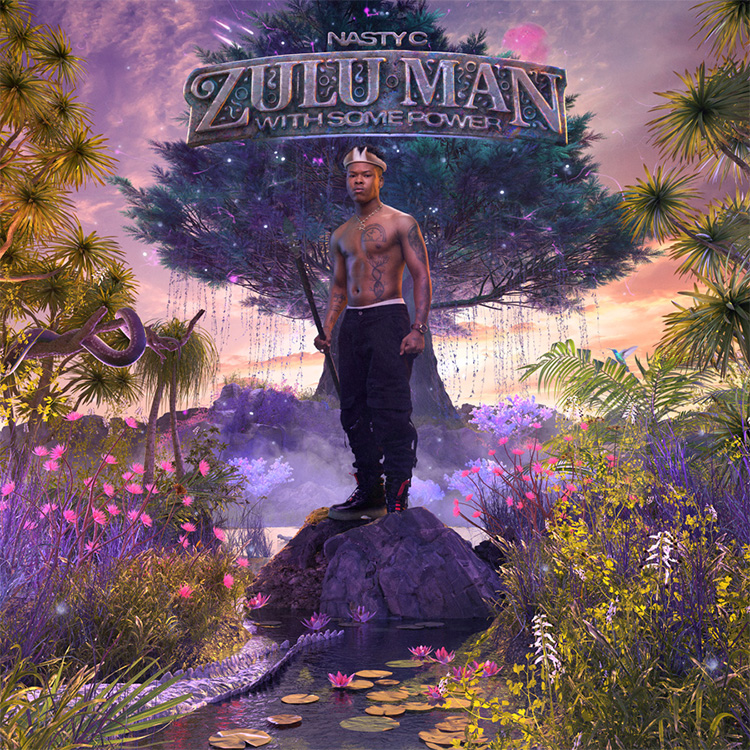 Today, multi-platinum rapper, Nasty C, also known as the “coolest kid in Africa,” drops his long-awaited album, ZULU MAN WITH SOME POWER via Def Jam Recordings. The album follows the long-brewing buzz on Nasty C’s major mainstream crossover with fans around the globe anticipating its release. ZULU MAN WITH SOME POWER is available on all digital platforms now.

To celebrate the album release, the 23-year-old Durban native releases his new hit single, “BOOKOO BUCKS”. Recorded in Atlanta during Nasty C’s time in the city, the high energy track features Atlanta’s very own, Lil Keed and Lil Gotit bringing the rappers’ worlds together for a collaboration like no other. “BOOKOO BUCKS” was produced by ATL Jacob.

Solidified by Billboard as “South Africa’s best bet for a mainstream crossover,” Nasty C has delivered hit after hit ahead of the album’s release with singles, “There They Go”, “They Don’t” featuring T.I., “Eazy”, and the latest release, “Palm Trees” cementing his spot as Africa’s next big global sensation.

In July, Nasty C teamed up with the legendary DJ Whoo Kid to release his first-ever mixtape, a musical masterpiece titled, “ZULU”. In June, Nasty C and T.I. joined Late Night with Seth Meyers for a virtual performance of “They Don’t”.

Award-winning South African rapper Nasty C is at the peak of his career. Apart from dropping his album, he recently announced the release of his documentary titled, Origins. The album is out and it’s evident that Nasty C keeps breaking boundaries of what SA hip hop should sound like.

“It’s an exciting time and I can’t wait to hear the feedback from my fans. I offered them something a little different with this album. I have some great features from artists that I respect. Check it out. I don’t think you will be disappointed.”

Nasty C on Zulu Man With Some Power

In support of his album, his team has been hard at work. They caused a buzz on Juta Street in Braamfontein. The event was set to begin at 12h00 and due to some setbacks, they started an hour late, which left a sour taste in our mouths considering it was outside and it’s winter. Nonetheless, the guests kept showing up in their masks and the team sanitized every single one of us, following the COVID-19 rules and regulations.

One of the walls on the famous Street has a mural of Nasty C’s album cover. Nasty C is creating an interaction with the world as he grows his global audience. Musical artist DJ Vigilante told the crowd of onlookers that there were more murals in different countries, namely:

Just like all of us, Nasty C has songs of his own that he likes in the album. He told DJ Vigilante that his favourite tracks included La Vida Loca, a Latin influenced song that talks about living a crazy and wild life – just like Ricky Martin. He also mentioned Steve Biko and Ababulali. Ababulali is dedicated to his father. It’s a song that talks about all the things that Nasty C still wishes to do for him and an expression of his gratitude to him.

Having mentioned that Nasty C announced the release of his documentary, he gave us an insight of what it’s about. He told Vigilante that the documentary is him going back home and taking the cameras with him. To give people a view of how he grew up and everything that he had to do for his dream to be a reality. He added that although he had no doubt that he would succeed, he knew that he had to put in the work and wanted to show everyone out there that it’s possible.

Nasty C keeps proving that indeed he is a Zulu man with some power. Prior to the release of his album, Spotify shared on Twitter that their ‘New Music Friday’ billboard in Times Square will feature Nasty C for 24 hours. And that’s not all! Nasty C has been topping the charts with some of the singles he released before dropping the album. They Don’t ft. T.I, Eazy and There They Go are currently the most streamed songs globally on Spotify and South Africa couldn’t be more proud of him.

Nasty C did not come alone, he was accompanied by Tellaman, Rowlene and Gemini Major – who is one of the producers of the album. Those weren’t the only superstars that came to back up the young rapper, Moozlie and Slikour also graced our presence.

Zulu Man With Some Power tracklist