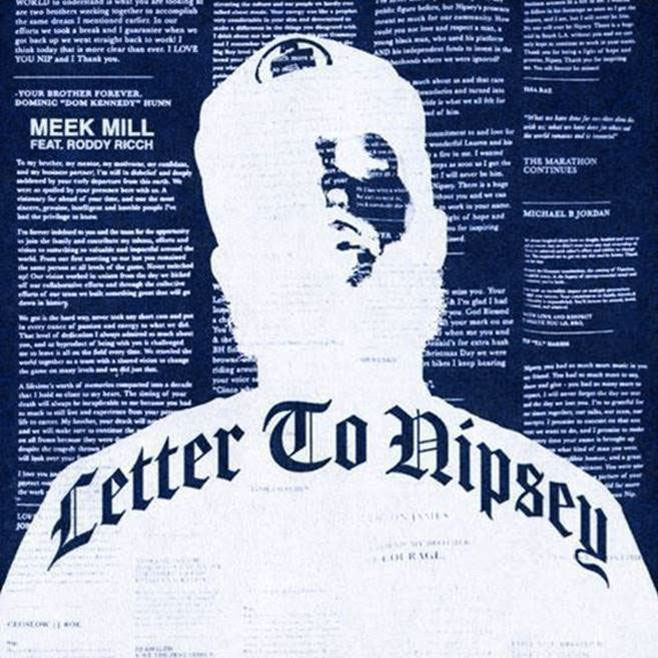 The new release follows the songs moving debut during a tribute to the late entrepreneur and rapper at the 62nd GRAMMY® Awards by Meek and Roddy in addition to YG, DJ Khaled, John Legend and Kirk Franklin.

All proceeds from sales and streams of “Letter to Nipsey” will benefit Nipsey’s family.