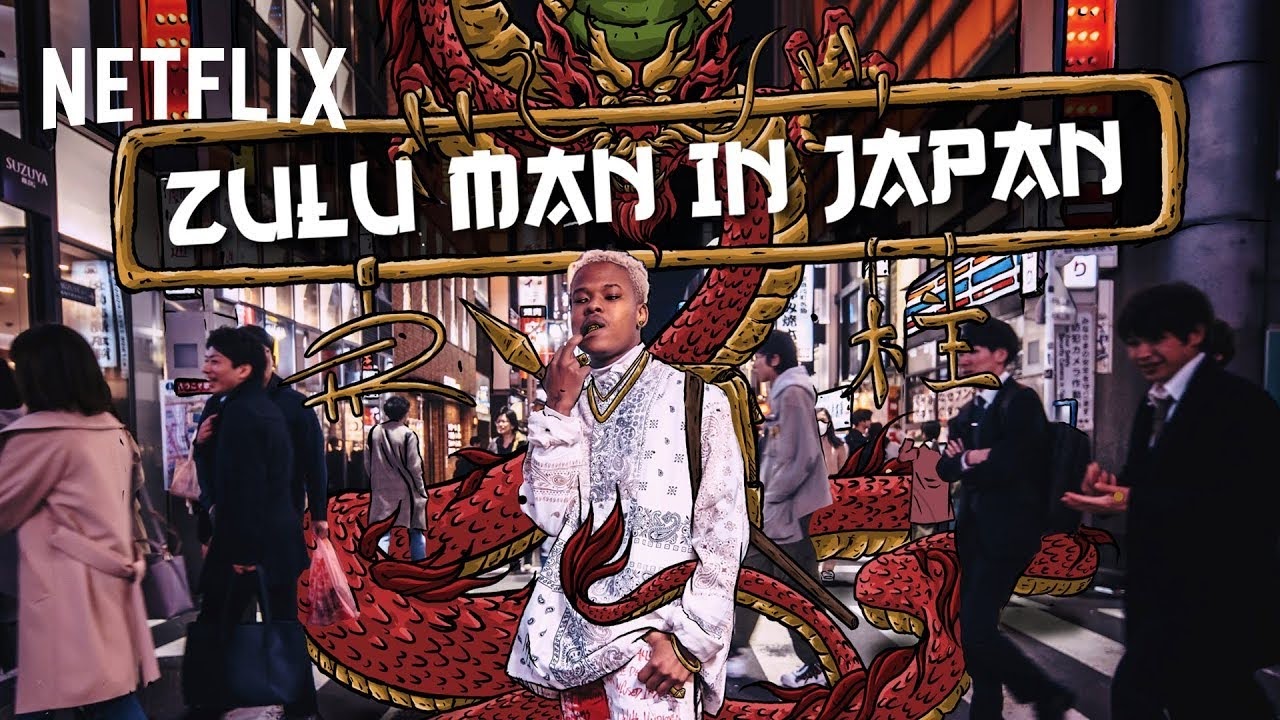 International Rapper and Producer Nasty C announced the release of his first documentary film created in partnership with Red Bull, Africa Creative Agency and Ivyson Entertainment. Zulu Man in Japan is a 48-minute visual experience of Nasty C’s journey and artistic exploration of Japanese culture. The short film was captured by the equally talented Chris Nicols. Fans and lovers of music can catch the documentary when it debuts on the leading global entertainment streaming service – Netflix, on Friday the 25th of September.

The award-winning Durbanite is seen living carefree and collaborating with some of Japan’s hottest music acts, which include JP The Wavey, Ricky and Yoshi, among others. His fascination with the culture, food, public transport and the overall level of normalcy that Japan afforded him comes across incredulously in the film.

Bleached hair, high-end fashion and fulfilling encounters with various creatives across entertainment and music. Nasty C shares his insightful experiences with the likes of:

“I’ve always had this feeling that I was meant to visit Japan. I could never really explain it. Perhaps it’s because I’m not just a rapper, I’m an artist and I feel like Japan is the hub of art. Shout out to Red Bull for giving me the opportunity to expand my knowledge and creativity as far as art, fashion and music go,” comments Nasty C.

The 23-year-old star with his new Japanese friends made seven songs in eight days. “Japan is dope. The language barrier is not even that much of an issue. People here are kind, have good energy and they love my work…” continued the Zulu Man star.

Zulu Man in Japan premieres on Netflix on the 25th of September. Get to know the hottest Rapper in Africa, follow his social media @nasty_csa and follow more updates on @redbullza and @africacreativeagency social media pages.

Eggceptional video from Rita Ora for How To Be Lonely

Give Your Heart and Share the Love this Valentine’s Day